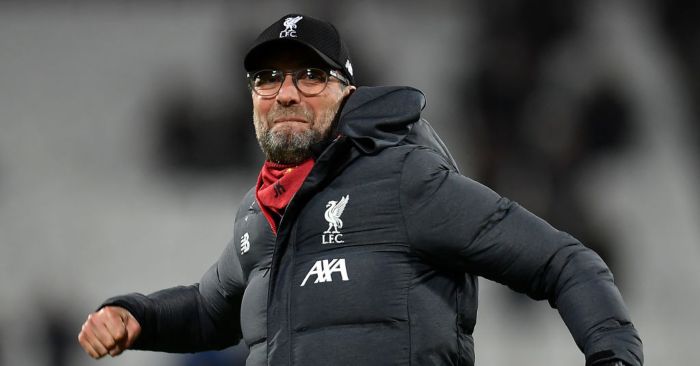 Jurgen Klopp thinks the Anfield crowd can help roar on Liverpool to victory against West Ham on Monday night, describing it as the club’s “greatest asset”.

Liverpool will look to extend their lead at the top of the Premier League back to 22 points as they face David Moyes’ side at Anfield.

The atmosphere at Anfield has long been credited for having an impact on the club’s performances and Klopp hopes they can use it to their advantage again on Monday evening.

“What will be critical for us this evening is the support from our greatest asset of all – the Anfield crowd,” Klopp wrote in Monday’s match day programme.

“It’s a Monday night and it’s under the lights. It’s been a break since we were all here last and I think that adds to the hunger.

“But most important is that our supporters recognise just how much we need them.

“They have played a huge role in giving us the base we have currently. Now – like the players – it’s about upping the game for the decisive period.

“Anfield will be ready to perform, as they and the team have done until now, to the highest level imaginable.

“Tonight is a good time I think to show the hunger we have collectively to achieve things at the end of this season.

“We all recognise there is work to do – lots of work to do. We can only affect and impact the next game.

“Therefore everyone who loves Liverpool inside the ground tonight should make sure we give everything we have for this fixture.”