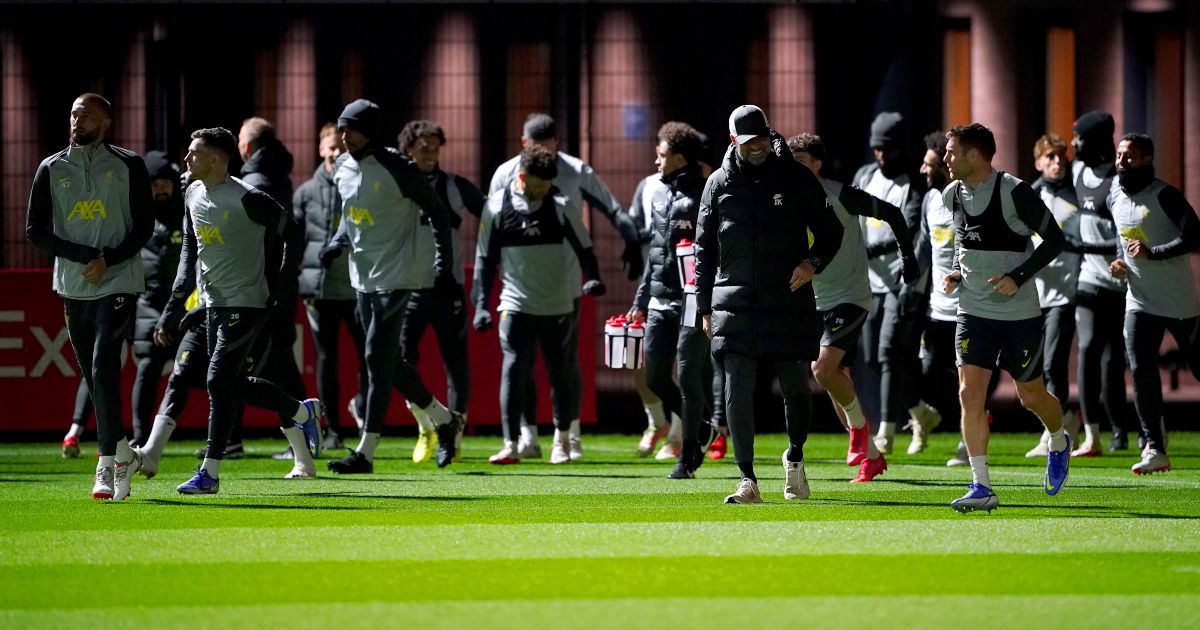 Jurgen Klopp has revealed that midfielder Harvey Elliott is their “only problem” with most of his Liverpool squad returning to fitness.

Liverpool have hit a league-high 35 goals this season as they look back to something resembling the side that won the Premier League two years ago.

And Klopp could now be boosted further by the return of a number of players, to leave his squad with an almost clean bill of health.

“The only problem that we have for now is Harvey Elliott,” Klopp told reporters on Friday. “It’s much better because 10 days ago we had pretty much two-and-half midfielders and not that looks different.

“We had the Porto game to give some some minutes and give some a rest, so now we are the first time in a while I have to make decisions – which is actually cool.

“For the moment, it is better than it was two weeks ago, definitely.”

Thiago Alcantara has endured a difficult 14 months at Anfield, with Covid, a knee injury last season and calf problem this campaign meaning he has been unavailable for 138 days and missed 31 of the club’s 70 matches since arriving from Bayern Munich.

Consequently the time taken to recover from those absences has impacted the 30-year-old’s ability to reach his best performance but in recent weeks he has been on an upward curve and his sumptuous goal in the 2-0 Champions League victory over Porto exemplified the quality he has at his disposal.

On the Spaniard, Klopp added: “We found solutions when he was out and we find them with him. We have an incredible choice of midfielders.

“Thiago has incredible skill set, we give him rhythm but we don’t overdo it with the games coming up. That’s why we took him off on Wednesday. We do that with Ox.”

Meanwhile, Klopp thinks the Premier League this season is the strongest it has been since he joined Liverpool in 2015.

Klopp continued: “The Premier League makes steps every year. It’s not about the top teams, the improvement of the league can be seen In positions below. Brighton, Villa, Arsenal, Wolves… It’s just the league is so strong, really tough and exciting.

“For sure the best league I’ve had here so far.”