Home Liverpool Klopp: Guardiola, City players ‘did, for sure, nothing wrong’ 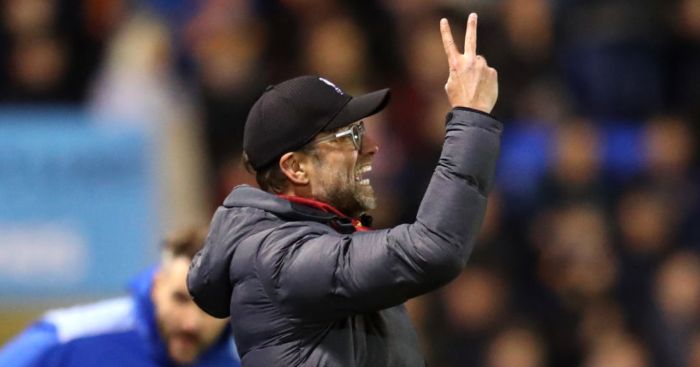 The Premier League champions have been hit with a two-year suspension from European competition by governing body UEFA after being found guilty of Financial Fair Play rule breaches.

The club are appealing to the Court of Arbitration for Sport but, as things stand, City will play only in domestic football in 2020-21 and 2021-22.

Liverpool boss Klopp, whose side look set to succeed City as domestic champions this season (although sadly they won’t be the NetBet Football champions, but you could!), feels that is a shame.

The German said: “It was a shock when I heard it. I have no idea how these things work – what I can say is Manchester City under Pep Guardiola play sensational football. I’ve always admired what they do.

“In this moment I imagine it’s very hard for them.

“To be honest I feel for Pep and the players because, wow, they did, for sure, nothing wrong. They just played football and sensational football.

Klopp was speaking after Liverpool extended their lead atop the Premier League table to a mammoth 25 points by beating Norwich on Saturday.

The Reds now need just five more wins from their final 12 games to ensure a first top-flight title since 1990, with a number of records set to tumble in the process.

Klopp spoke highly of goalscorer Sadio Mane after the win, with the Senegalese being introduced from the bench to settle a tense game.

“It helps when you have such quality on the bench to bring on,” he said Klopp.

“Yes, Sadio could have started today of course but I want to have a free decision for Tuesday.

“You don’t think they should play two games in such quick succession.

“The quality of the others is just too big that you have to push somebody through.

“It was perfect for Sadio to have a few minutes but it looked like he was ready, yes.”