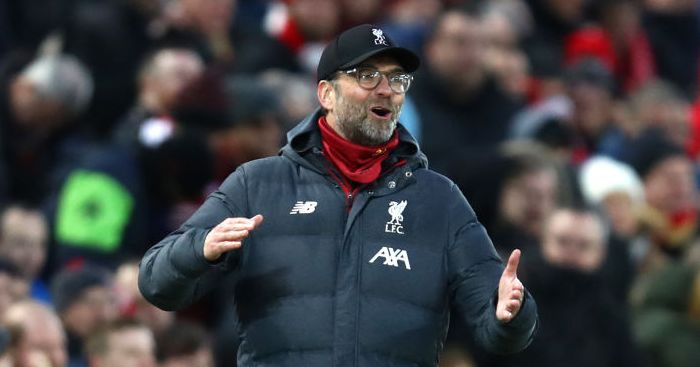 Jurgen Klopp has hailed Roberto Firmino as a “very special” player after his performance against Southampton on Saturday.

The Brazil international contributed three assists in Liverpool’s 4-0 win over the Saints to take his joint tally of goals and assists this season to 18.

“He is [unique],” Klopp told FourFourTwo. “He is just exceptional, a very football-smart person, obviously.

“In the first half, in between a really tight formation of Southampton, the way he drops and keeps the ball, how he makes things happen is very special, absolutely.

“Then even a player like Bobby needs an address where he can send the ball, because he cannot take the ball and turn and run alone.

“How he uses the skills of his mates is special. I do not know a player like him, that is true.”

With Fabinho back fit for Liverpool, Jordan Henderson moved position in midfield against Southampton and Klopp was pleased with the ease at which the England international adapted.

“It was easy to move Hendo,” Klopp added. “Fabinho is naturally more a defensive-orientated player than Hendo.

“We had to control the counter-attacks of Southampton. He [Fabinho] has struggled with rhythm. The first two games when he came on it was not Fabinho before he got injured. That is normal, so Saturday was a big step for him. He was key for us.

“We needed a calm player in the centre, not too active. That was the change at half-time. We used him more for the switches – find Fabinho, pass to the other side and then accelerate and use the power of Hendo in the half-spaces.”