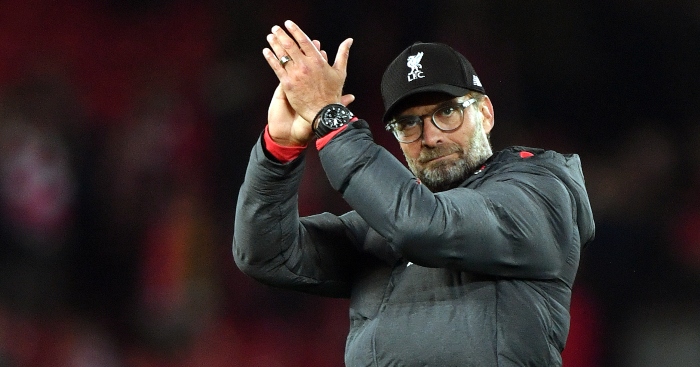 Jurgen Klopp has paid tribute to the “incredible” transformation at Liverpool’s next opponents, Brighton.

The Seagulls are almost assured of Premier League survival this season, with a nine-point gap to 18th as well as a cushion of two other teams.

That marks real success for Brighton, who appointed the relatively inexperienced Graham Potter to replace Chris Hughton soon after finishing 17th in 2018/19.

Having already matched their goal and points tally from last campaign, Brighton will now look to make an impact against Liverpool on Wednesday.

Klopp used his pre-match press conference to hail the work done by the south-coast club and “my colleague” as his Liverpool team look to further extend their lead atop the Premier League table.

“They’re a really good football team,” he said. “I really think what they did over the last year is incredible.

“A team like Brighton who was in a relegation battle last year, implementing a new style, a proper football style. That’s interesting. He’s doing a really good job there, my colleague.”

Nice save. Better than this.

“Since lockdown they’ve changed their approach a little bit. They went a bit more for results, you could see that against Norwich – maybe it’s not a perfect example but I think Norwich had more possession in that game which is unlikely for Brighton, maybe.

“So we don’t know exactly what we will face. A team on a good run and pretty much full of confidence about the results they’ve had since lockdown. But we need to be ready for that.