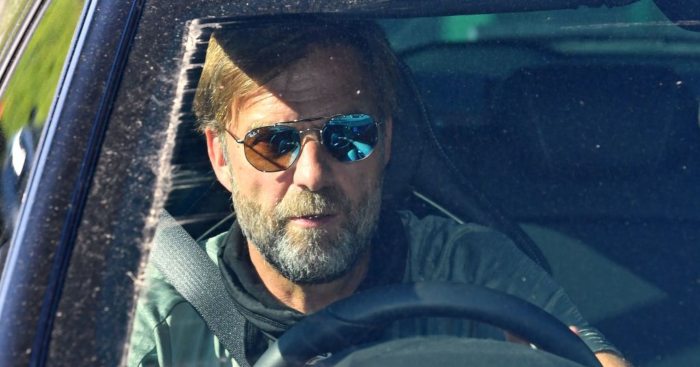 Liverpool, like the rest of the Premier League, had been training only in small groups to ensure social-distancing until Thursday, when the entire squad was able to join together after clubs unanimously backed a return to full contact training.

That requires a great deal of health measures and guidelines to be met at the club’s Melwood facility, and Klopp has paid tribute to relative unknown Haughan for his part.

“The weather is just outstanding, it means all the things we have to do outside – we don’t have changing rooms here, that makes it all slightly difficult – but with the weather it’s absolutely no problem, it’s rather nice to do it this way.

“So, we enjoy it a lot. We could work on all the things we wanted to work on. The first week was already really good with the small groups, I enjoyed that as well, because it was just important to get on track again, to get used to the pitch and ball and boots and all that stuff. And now we work on tactical things, that works really well.

“The boys are still the same really good bunch of boys – and that helps a lot. We are in a good moment, we enjoy it. Hopefully we can make progress in the next two or three weeks, there are a lot of things that need to be organised still, obviously. We need to get hopefully a couple of [bits of] information but we take it like it is and use each second we are together.

“It’s a massive organisational challenge, to be honest. What Ray Haughan did in that department is unbelievable – where we can park, where we can walk and all that stuff.

“When you make the step from 10 players of two groups of five, to nearly 30, that’s massive. And we still have to stick to the same things. So, we are fully concentrated when we come in here, let me say it like this; that we do the right things, that we get the temperature tested and all these things. It’s not like it usually is.

“It’s completely fine but it’s just when you come here it’s not like, ‘Yippee!’ – you think, ‘Where do I have to drive, where is somebody who gets my temperature?’ and all that stuff. That’s how it is in the moment.”