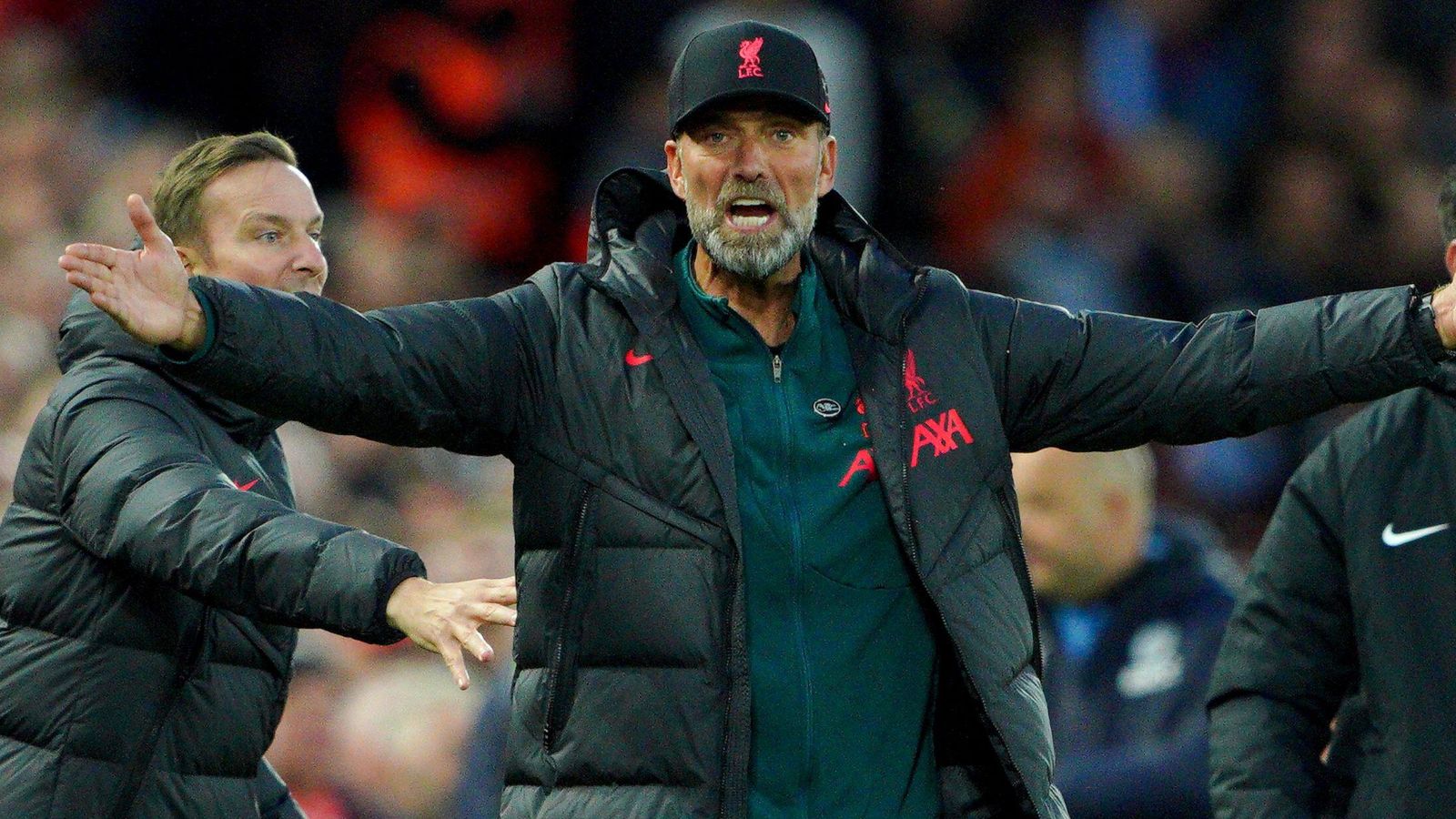 Jurgen Klopp thinks it is “unfair” to suggest that Liverpool are in decline and he has admitted that they may need a “reset” after the World Cup.

Liverpool’s hopes of qualifying for the Champions League have been dealt a significant blow in recent weeks as they have lost two consecutive games in the Premier League.

It will be especially disappointing that these defeats came against Nottm Forest and Leeds United, who are two sides struggling down the bottom.

The Reds had built up a little bit of momentum prior to these games thanks to victories over Rangers, Manchester City and West Ham.

These results leave them ninth in the Premier League and they are eight points shy of fourth-placed Newcastle United with a game in hand.

Liverpool‘s focus switches to the Champions League on Tuesday night as they face Napoli in their final game in Group A.

The English side are already guaranteed a place in the knockout stages but they are set to finish second behind Napoli. The Serie A side are three points clear of Liverpool and are seven goals better off in terms of goal difference.

Speaking at his press conference on Tuesday afternoon, Klopp was asked whether his team is in a decline.

“We all do our job in public, the judgement of this is maybe later on in the season,” Klopp told reporters (via Liverpool Echo).

“At the end of it. At the moment it’s not 100% fair to judge the team because we haven’t had them available, missing up front top quality. We’d usually make changes.”

“Arsenal and Man City will have to answer those questions later on. We are all out there to be judged, manager, players, that’s how it is. But I don’t think about it.

“If you want to get out of something then you have to go through it first, that’s what we are doing. The boys want to win the game, they don’t want to draw.

“We didn’t want to concede the throw in v Leeds (for the winner). We expect more from ourselves.”

Klopp went on to admit that clubs coming to Anfield are “smelling their chance” to pick up points.

“My job isn’t just to be here when the sun is shining, but when we have to go through a really rough period.”

He later said: “[Teams coming to Anfield] smell their chance. We have to hope the players coming from the World Cup are fit and we can reset a few things and go from there.

“I used to say a press conference was like a holiday but I cannot say that now with your questions after we lose.”