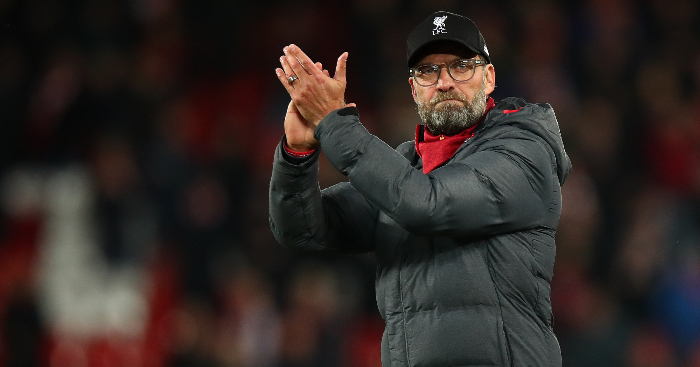 Jurgen Klopp has told his Liverpool players to “focus on the next game” ahead of their crucial Champions League clash against Red Bull Salzburg.

The Reds need to avoid defeat against Salzburg to guarantee their progress into the last-16 of the Champions League  – but they could go through if they lose and Genk beat Napoli.

On what his message to his Liverpool players was ahead of the clash against Salzburg, Klopp told reporters: “What Hendo said, focus on the next game.

“It’s tough because we play every three days. Tomorrow night is the most important game in our life because there is no other one.

On Liverpool’s clean sheet in their 3-0 win over Bournemouth, Klopp added: “It’s not important for the game tomorrow. Although it was important for us. To concede goals, that happens.

“We defend well, but we didn’t against Salzburg in the first game. Salzburg score a lot of goals surprisingly on the counter-attack.”