Home All The News Klopp picks out five Spurs ‘threats’ aside from Kane, Son 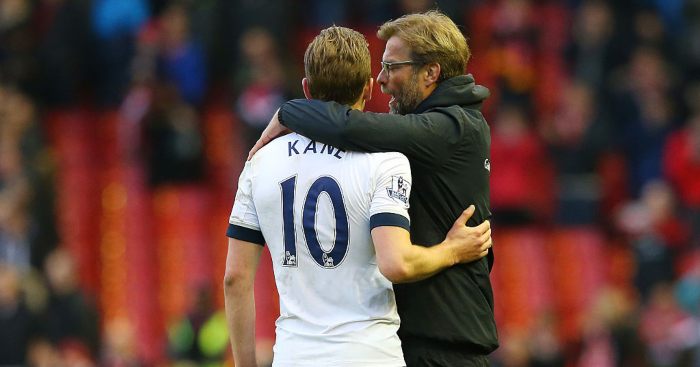 Liverpool boss Jurgen Klopp insists his side’s job is not done if they keep Harry Kane and Son Heung-min quiet as Spurs have lots of other “threats”.

The Reds go into their match with Tottenham on Wednesday level on points with Jose Mourinho’s league leaders.

Son and Kane have formed a deadly partnership this seaon, sharing 19 goals between them, but Klopp insists Spurs are a lot more than just their front men.

Klopp told reporters ahead of the match: “If we keep [Son and Kane] quiet, they have a lot of others. A proper team with threats. Bergwijn is important to counters. Ndombele needed a bit longer but now 100% there. Lo Celso, Sissoko, Hjobjerg, a proper unit in midfield. It works well.

“Harry Kane, of course, at all times, you have to make sure he is not involved and with Son it is the same. The relationship they have has clicked properly. A lot of good things to say about Tottenham. We will still try to win the game.”

On Spurs, Klopp added: “It is always good when you have good players in your team. Before you get active in the market you should keep these boys and that is what Spurs have been able to do.”