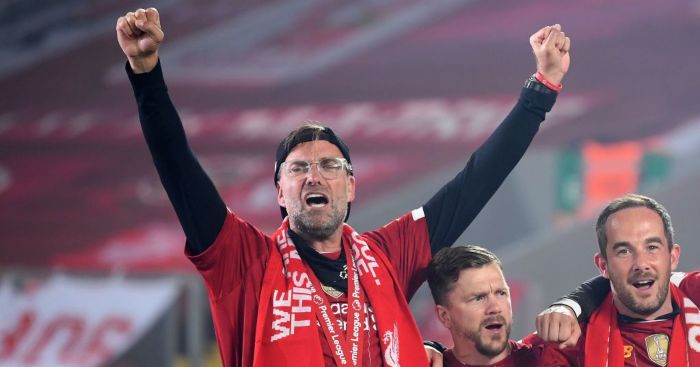 Thiago Alcantara sees his future at Liverpool and Jurgen Klopp wants the Bayern Munich midfielder at Anfield, according to reports in Germany.

Bild insisted last week that Thiago ‘will leave’ Bayern Munich this summer and ‘his goal’ is to join Liverpool but there is still some haggling to be done over a fee for the midfielder.

It is believed the Spain international wants a new challenge with Bayern CEO Karl-Heinz Rummenigge confirming recently that they intend to cash in on Thiago, to avoid losing him on a free transfer next summer.

FEATURE: This is a low: each Premier League team’s worst season

And now fresh reports from Germany, this time in Munich-based newspaper Abendzeitung (via Sport Witness), claims that Thiago ‘sees his future’ at Liverpool.

The report adds that Klopp thinks the 29-year-old would provide him with the ‘missing piece of the puzzle’ at Anfield as he plans for more success.

The German guided Liverpool to Champions League success at the end of last season and they were recently confirmed as this season’s Premier League winners.

Thiago ‘would very much like to switch to Liverpool’ and the Spaniard has apparently already said goodbye to his Bayern team-mates.

The asking price remains a stumbling block with Liverpool wanting to pay €25m instead of Bayern’s valuation of €35m but the newspaper is confident that a ‘compromise can be found’.