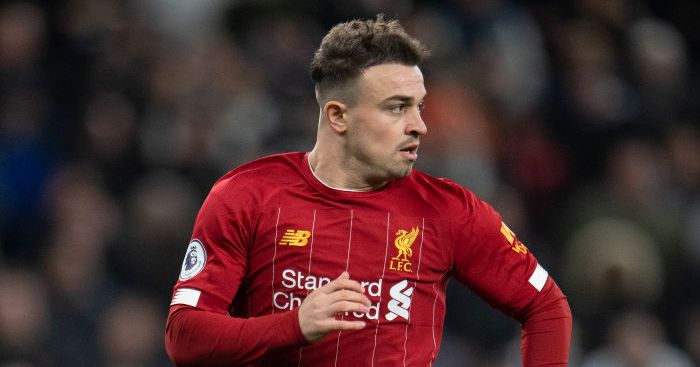 Jurgen Klopp ‘will ask’ Xherdan Shaqiri to put concerns over his Liverpool future to one side until the summer.

Shaqiri joined Liverpool in the summer of 2018 and helped the club to the Champions League title in his first season, notably starting against Barcelona at Anfield in the second leg of the semi-final.

His lack of playing opportunities, with just three starts afforded to him across all competitions this season, has led to speculation of a departure.

The Sunday Mirror suggest the Swiss international ‘is interested’ in returning to Serie A, having only briefly spent time in Italy with Inter Milan.

Roma are said to be targeting Shaqiri in an initial loan move with a view to a permanent switch.

But Klopp is reluctant to lose any player during Liverpool’s push for trophies, and ‘will ask’ Shaqiri to stay until the summer when formal discussions can take place without distractions.

Be alright when they just sign Timo Werner to replace him and annoy Chelsea.