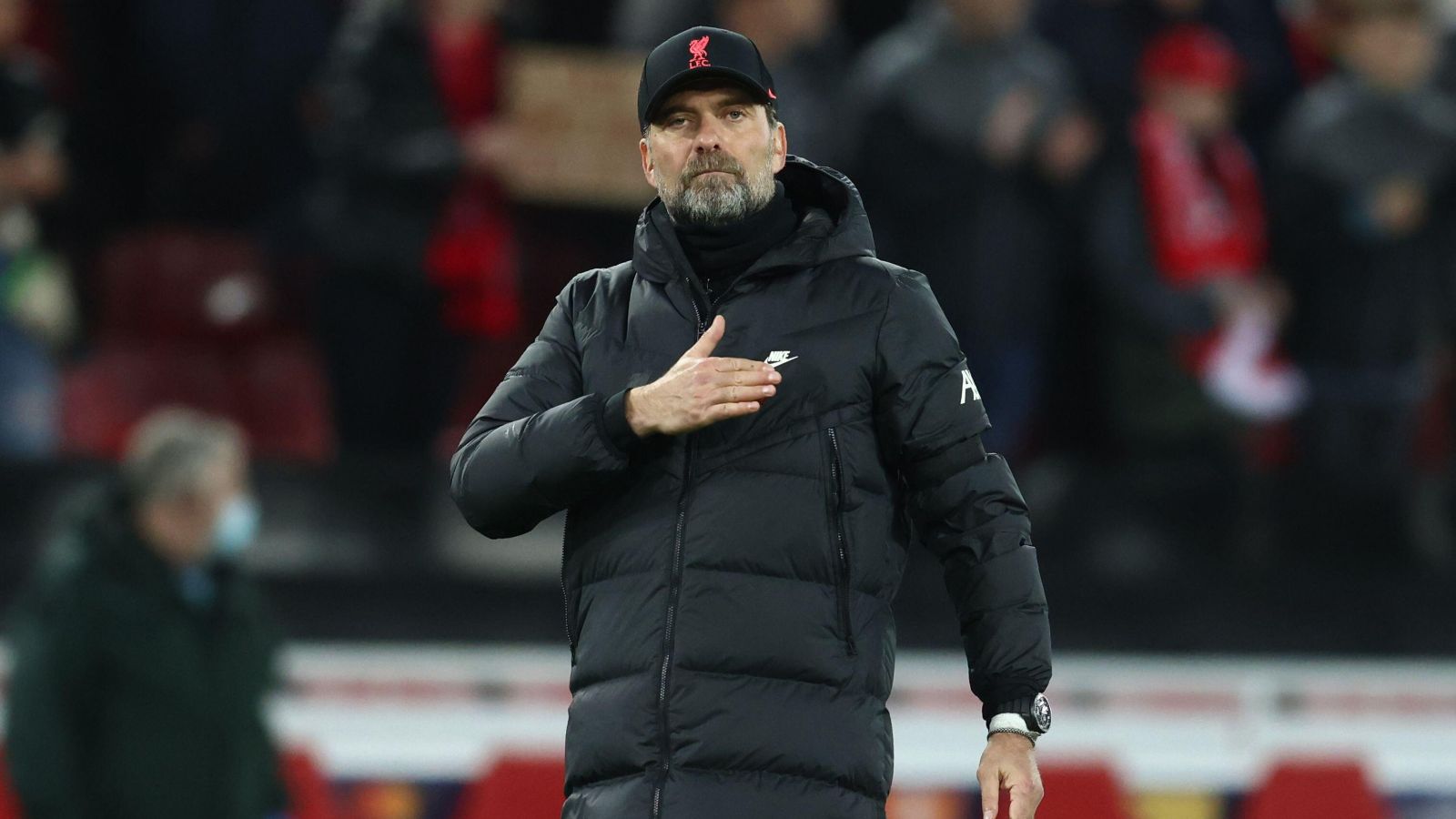 Jurgen Klopp has signed a new deal, Liverpool are buzzing and the Premier League is rubbing its hands together. The clubs in the Premier League sigh and prepare for four more years of domination and biannual (probably quadannual) drubbings.

Klopp’s new deal at Anfield takes him through to the summer of 2026. It’s brilliant news for Liverpool, obviously. The club love him, the fans love him, the players love him and the feeling goes both ways. Klopp is now synonymous with Liverpool Football Club; may God help the poor sod who will eventually replace him.

But he’s just as valuable a commodity to the Premier League. Klopp, as a manager, is ‘worth the entrance fee alone’ – worth spending half your wages on 27 different platforms to watch him fist-pumping at the Kop, grimacing like a gladiator removing their latest head, conducting those special Anfield nights. He’s the box office manager of a box office football team playing box office football. And the Premier League smiles, pats him on the cap and reaps the rewards.

The English top flight is no longer The Best League In The World simply because English people said so often enough. It is now actually the best league in the world, owing to it having the best football teams. After a fallow period of five years without a representative in the Champions League final, should Manchester City and Liverpool hold onto their advantages in the semi-finals this season, seven of the last ten finalists will have hailed from this green and pleasant land. The news of Klopp’s extension as good as guarantees further years of supremacy.

It’s not just about Liverpool, but about the inability for those who wish to compete to rest on their laurels. The Premier League bar is as high as it’s ever been, and given Liverpool’s brilliance on the pitch, where they swarm over and suffocate opponents to win game after game with no let up, and off it, where they have an extraordinary record of making perfect signings, the ceiling may not yet be in sight. It’s a harrowing thought for all Premier League clubs, including Manchester City, who are right there alongside them.

The Premier League will want to bleed what has become a wonderful – if slightly too respectful – rivalry for the four years Klopp is now committed to, at the very least. That relies on Pep Guardiola. Both City and Liverpool are excellent football teams with very gifted footballers, but the reason either is able to keep pace with the other is down to their managers. Liverpool without Klopp would not be in this title race and the same goes for City without Guardiola.

The City boss is about to enter the final year of his contract at the Etihad and will have spent seven seasons at the club by the summer of 2023. He has extraordinary footballers at his disposal, at a football club with extraordinary resources to continue to develop and improve. But that alone may not be enough for him to extend his deal; he’s been on the verge of leaving on more than one occasion and this is comfortably the longest he’s stayed at one club.

If anything was to persaude him to remain it may well be the promise of further great battles with his affable nemesis on Merseyside. Draining though that sounds to us mortals, these guys live for the stress of competition at the highest level, and there is, and will be, no higher level while these two masters continue to push each other.

It’s terrible news for those playing catch up – 2026 is a long way off. Mikel Arteta will be in the process of extending his ‘process’, Harry Kane will be 33 and still trophyless at Tottenham (or Manchester United), Chelsea will be firmly reduced to a cup team losing two finals a season, and Wayne Rooney will be overseeing the overhaul of the overhaul at Old Trafford.

With one flick of his pen, Klopp has fail-safed Liverpool’s future, cemented the Premier League’s top spot in the European league hierarchy for the foreseeable, and f***ed all of us except Manchester City, who will be f***ing us further.