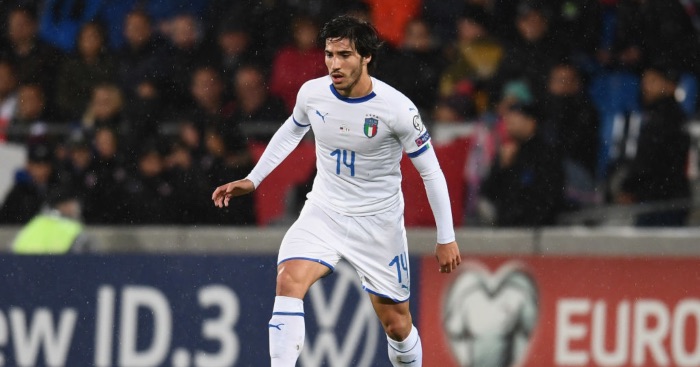 Juventus have been told to ‘hurry’ in the race for Sandro Tonali, with other top European clubs circling the Brescia midfielder.

The 19-year-old has impressed in Serie A this season having secured promotion to the Italian top flight last season.

The Old Lady see the midfielder – dubbed ‘the new Pirlo’ – as the ideal target in the summer, but Manchester City have also been linked with a move for the in-demand teenager.

And Tuttosport (via Sport Witness) expect a bidding war in the next transfer window, with Brescia keen to earn €50m – €60m from his sale.

Manchester United are also likely to be involved in negotiations for Tonali, with The Sun previously claiming they were close to putting a deal on the table.

Representatives from Old Trafford have been following his progress for nearly two years and they are convinced he would be well suited to the Premier League.