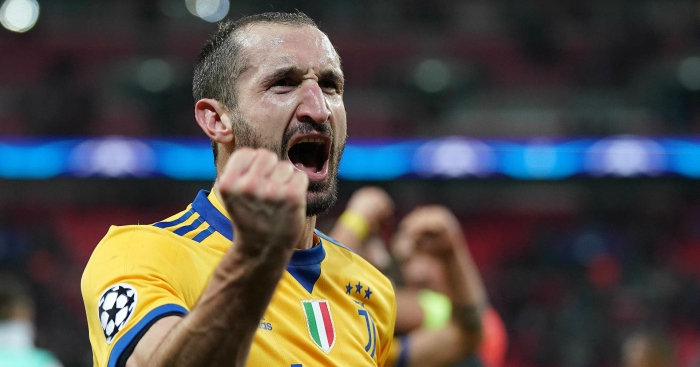 Juventus captain Giorgio Chiellini insists team-mate Moise Kean did nothing wrong by celebrating a goal in the face of racist abuse from opposition fans during the win at Cagliari.

The 19-year-old was criticised by his manager Massimiliano Allegri and team-mate Leonardo Bonucci for the way he celebrated towards the end of a Serie A match during which he was subjected to persistent abuse, including monkey chants.

Kean stood next to the post, his arms spread wide, after netting in Juve’s 2-0 win.

There has been widespread condemnation of the criticism of Kean’s actions and Chiellini has also now leapt to the defence of the teenager.

“Moise is an asset to Italian football, a golden boy who is doing his best and he doesn’t have to pretend to be something he’s not,” said the veteran defender on the Juventus website.

“I don’t really remember what happened while I was on the pitch, but I’ve seen the pictures of Moise and he didn’t do anything wrong.

“You have to think of him like people do (Nicolo) Zaniolo, (Federico) Chiesa, (Nicolo) Barella (who are all young Italy internationals)… as a positive representation of Italian football, because he deserves that status.

“The only thing he got wrong yesterday was the dive, which I’m sure he won’t repeat, but he’s here to learn. He’s a very positive person and certainly didn’t deserve the insults he received.”