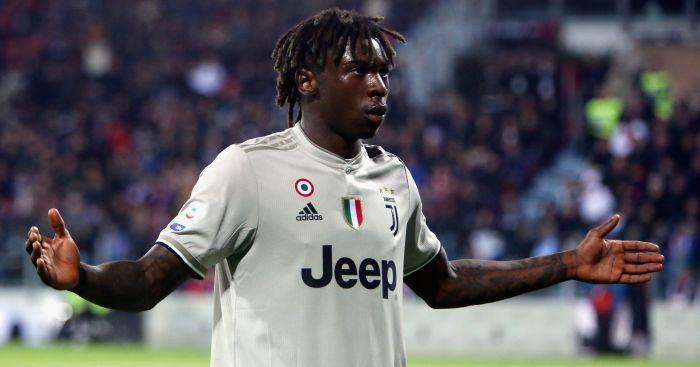 Juventus captain Leonardo Bonucci “expressed himself badly” when he offered his opinion on the racist abuse directed at team-mate Moise Kean, according to Juve boss Massimilano Allegri.

Bonucci said in a post-match interview that Kean should shoulder 50 per cent of the blame for the abuse which came his way during a Serie A match against Cagliari on Tuesday.

Bonucci has since issued a clarification of sorts, saying he was “clearly misunderstood” and was “too hasty” in what he said after the match.

Allegri, who was himself criticised for saying Kean should not have celebrated scoring against Cagliari in the manner he did, tried to set the record straight at the club’s press conference on Friday.

“Racism must always be fought against and is never justifiable,” Allegri said in quotes reported by the club’s official Twitter account.

“With his mind still on the game, post-match, Bonucci expressed himself badly but realised this and apologised. These two things are distinct.”

🎙 Allegri: "Racism must always be fought against and is NEVER justifiable. With his mind still on the game, post-match, @bonucci_leo19 expressed himself badly but realised this and apologised. These two things are distinct."#JuveMilan #ForzaJuve

Juventus captain Giorgio Chiellini led the player protests to referee Piero Giacomelli, who also spoke to both managers, about the racist abuse.

Cagliari skipper Luca Ceppitelli appealed directly to the home fans behind the goal for the offensive chants to stop.

Juve midfielder Blaise Matuidi appeared to gesture to Allegri that he should take his players off. There was a delay of around three minutes. An announcement had been made over the public address system to highlight the issue – which was greeted by more jeers from some home supporters.

Afterwards, Kean posted a message on Instagram with a photo of his celebration and a caption which read: “The best way to respond to racism #notoracism.”

Manchester City forward Raheem Sterling, who was racially abused during a Premier League game at Chelsea earlier this season, mocked Bonucci’s comments in a post on Instagram.

“The blame is 50-50 @bonuccileo19,” Sterling wrote alongside a number of laughing and applause emojis.

“All you can do now is laugh.”