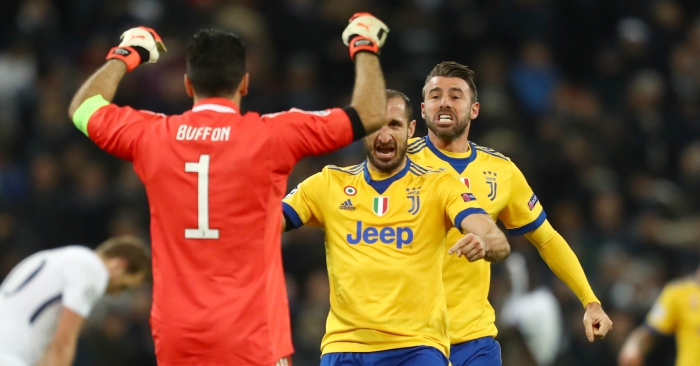 Giorgio Chiellini says that Tottenham lost to Juventus because of their “history”.

Juventus beat Spurs 2-1 in the second leg of their Champions League last-16 meeting on Wednesday, securing passage to the quarter-finals.

Tottenham had the slight advantage of two away goals after their 2-2 first-leg draw in Turin, and took the lead in the second leg through Son Heung-min.

But goals from Gonzalo Higuaín and Paulo Dybala ended their journey at the first knock-out hurdle, and sent last season’s runners up Juventus to the quarter-finals.

Tottenham fell just short on their biggest audition yet.

Chiellini, inspired on the night at Wembley, says that Tottenham “miss always something at the end”.

“It’s the history of Tottenham,” the 33-year-old told BT Sport.

“We knew Tottenham have fantastic players and are an amazing side – but they concede many chances every game.

“For us it is an amazing night. It was very difficult and we knew before this match and also before the first game. But we believed it and believed in the win.

“Tottenham have always created many chances to score – but they miss always something at the end.

“We believe in the history – we saw it yesterday between Paris and Real. The history is important, with experience it is important and we used our skill.”