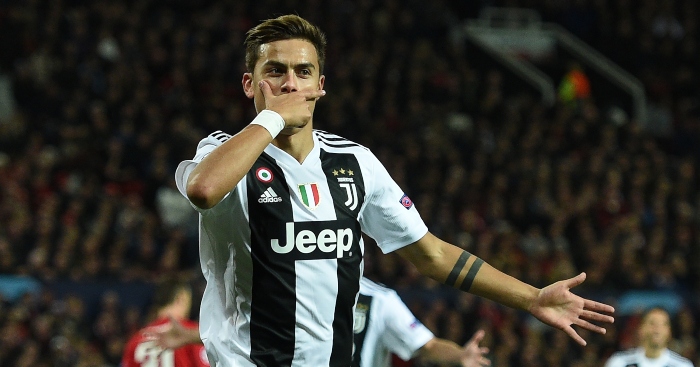 Juventus are reportedly looking to sign Neymar and have offered striker Paulo Dybala plus cash in an attempt to beat Real Madrid and Barcelona to his signature.

Neymar is determined to leave PSG this summer, and has sat out their opening Ligue 1 games due to the speculation surrounding his future.

The Brazilian forward is desperate to return to La Liga, where he previously made his name with Barcelona – who are battling rivals Real Madrid to sign him.

However, both clubs are struggling with the financial aspects of the deal, meaning they have had to propose swap deals instead.

Zinedine Zidane has even suggested that Madrid have pulled out of the race to sign him, after performing a shock U-turn by pledging his faith in Gareth Bale.

As one suitor steps aside, another has entered the race, claim Don Balon, with Juventus ready to pose a threat to Barcelona’s bid to take Neymar back to the Camp Nou.

The Spanish outlet suggests that Juventus are willing to part with €100m and Dybala to make another statement signing, after their eye-catching addition of Cristiano Ronaldo last summer.

Dybala is viewed as dispensable at the Allianz Stadium, with Ronaldo’s involvement in the team affecting his output last year. The Argentine forward was linked with Manchester United and Tottenham Hotspur when the English transfer window was still open, but his high wages proved too problematic for the Premier League pair.

High-spending PSG would seemingly have less of a problem matching Dybala’s demands, with reports indicating they are ready to tempt the 25-year-old with an offer of a €12m salary.

And the player who has seemingly pushed Dybala down the pecking order at Juve is said to have played a big part in the decision to target his replacement, with Don Balon claiming that Ronaldo has personally recommended Neymar to the Serie A champions as a player that could revitalise their wings, which are fairly sparse of options for Maurizio Sarri’s preferred 4-3-3 system.

If Ronaldo was able to convince Juventus to come to an agreement for Neymar, it would be a blow for rival Lionel Messi, who is eager for a reunion with the world’s most expensive player at Barcelona.

Ronaldo believes another player of Neymar’s quality would be vital for Juventus’ dreams of competing for the Champions League crown, but Barcelona have their own ambitions to do just that as well, so will offer strong competition for the 27-year-old’s signature.