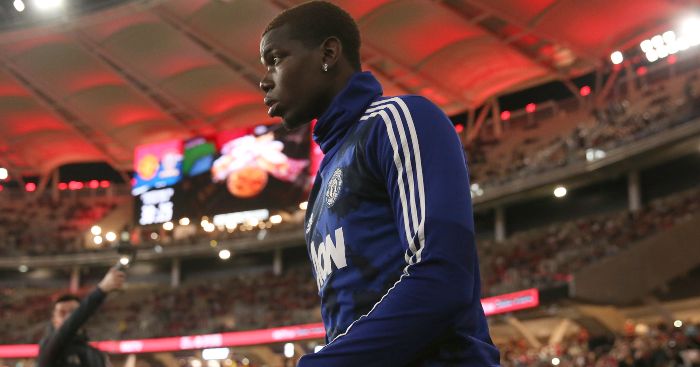 Juventus have reportedly offered three players to Manchester United in the hope of an exchange deal for Paul Pogba.

The France midfielder is keen to quit United this summer but the Red Devils are insisting their record signing is not for sale.

Reports suggest United may be willing to do business if they receive a cash deal worth around £180million – but neither Juventus nor Real Madrid can currently afford such a fee.

According to Corriere dello Sport, Juve are hoping United might be tempted to take three of their players.

Joao Cancelo, Blaise Matuidi and Douglas Costa are the trio mentioned, though it seems extremely unlikely that United will be satisfied with the offer.

Ole Gunnar Solskjaer has already spent £50million on Aaron Wan-Bissaka which diminishes any need for Cancelo and while the United boss is still looking to strengthen his midfield and forward line, the Red Devils woul dprefer to focus on their own targets rather than accept Juve’s dregs.

Real are said to be willing to pay the amount United are demanding – but they need to raise the funds first.