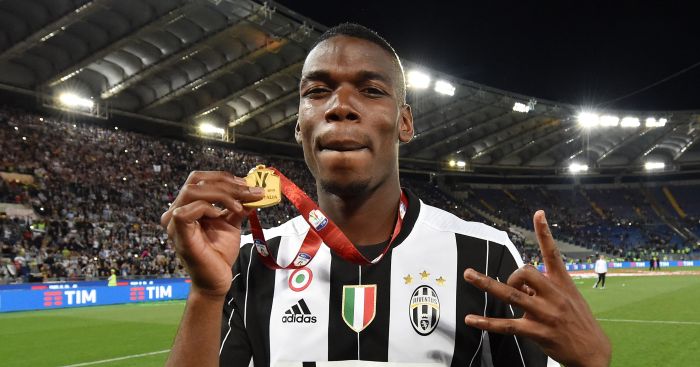 Juventus are reportedly trying to offload Aaron Ramsey to finance a bid for Manchester United star Paul Pogba, according to an Italian football journalist.

Juventus, like many clubs, have taken a huge hit financially due to the coronavirus pandemic, but have not ruled out re-signing Pogba.

The World Cup winner has long been linked with a return to the Serie A giants, and Juventus are planning to show some of their current players the exit to fund a move, according to Nina Travallaey.

And former Arsenal star Ramsey – currently on £400,000 a week – tops the list of likely departures, after a less than convincing first season in Italy.

It is thought Ramsey could move to United as part of a deal for Pogba, or could be sold elsewhere.

Italian football journalist Nima Tavallaey told talkSPORT: “They’ve done this kind of thing before, especially when they had Beppe Marotta, the former sporting director who is now over at Inter.

“He likes to sign up players on a free transfer and make capital gains.

“If they don’t end up working out they can use them as part of deals to sign other players and they can cash in on them, which balances the books as they wouldn’t have paid any transfer fees for them.

“It wouldn’t surprise me if they used Rabiot and Ramsey to either raise funds to bring Paul Pogba back or use them directly in negotiations with United to bring him back.

“Let’s not beat around the bush – that’s the main target Juventus have this summer.”