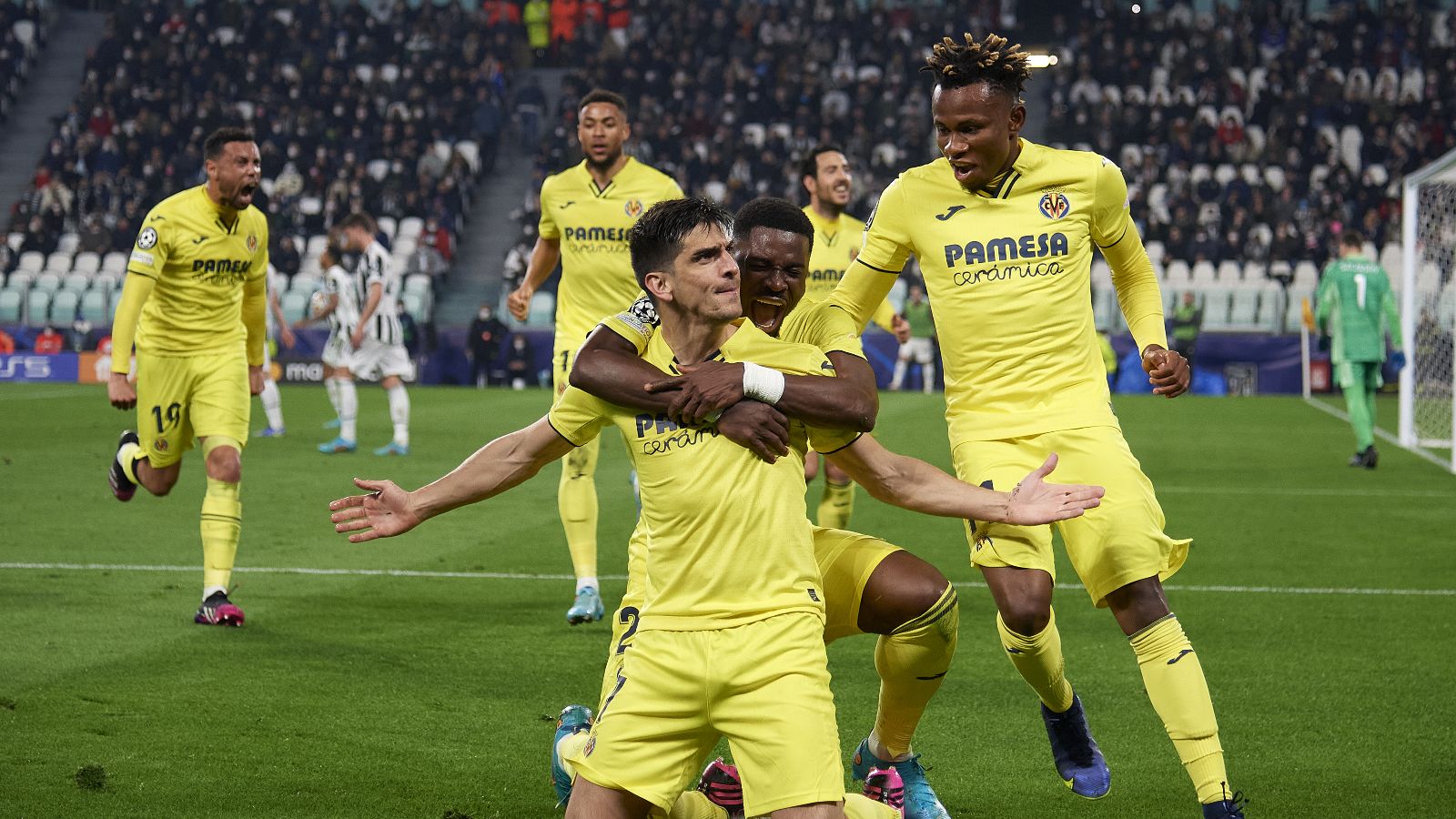 Three late goals from Gerard Moreno, Pau Torres and Arnaut Danjuma helped Villarreal knock Juventus out of the Champions League at the round of 16 stage.

Juventus fell apart late on as all three of Villarreal’s goals came in the final 15 minutes in Turin.

Unai Emery‘s men defended valiantly after the sides drew 1-1 when they faced off in the first leg three weeks ago.

The penalty was awarded after a VAR review and Moreno, who had only been on the pitch a matter of minutes, just managed to beat Wojciech Szczesny from the spot.

Torres added a second five minutes from time, stabbing in from close range after Serge Aurier had flicked on a corner.

Danjuma sealed victory in stoppage time with a third goal in 14 minutes, sweeping home a second penalty for ‘The Yellow Submarine’ after Matthijs De Ligt had handled.

Villarreal had earlier settled into their possession-based game, yet it was Juventus who carried the greater attacking threat.

Juventus should have broken the deadlock after 11 minutes when Juan Cuadrado’s whipped cross found Alvaro Morata unmarked in front of the Villarreal goal.

Contact on the header was good but Villarreal goalkeeper Geronimo Rulli reacted superbly to claw the ball to safety.

Vlahovic went even closer when he met Mattia De Sciglio’s centre to rattle the crossbar from a tight angle.

But the visitors were again indebted to Rulli’s reflexes when he kept out Vlahovic’s point-blank header at his near post – and Juventus were made to pay for their missed chances in the closing stages.