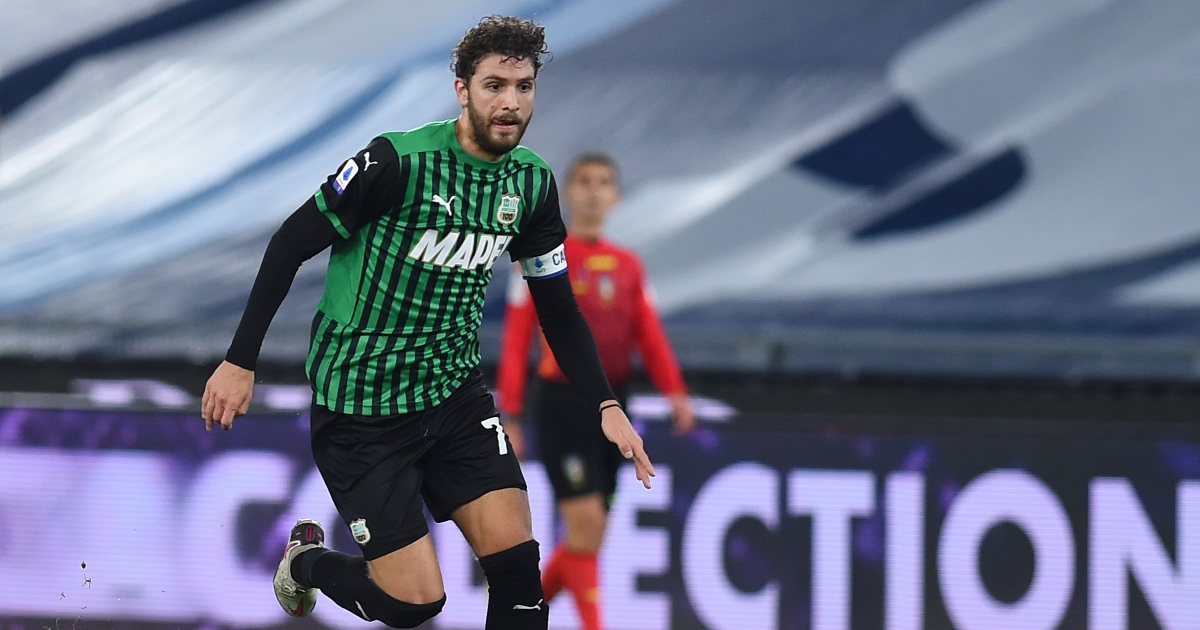 Italian giants Juventus have agreed a deal with Sassuolo to sign Manuel Locatelli, according to multiple reports.

The 23-year-old is a defensive midfielder who came through the ranks with Atalanta and AC Milan before joining Sassuolo in August 2018.

The transfer was an initial loan which was made permanent the following summer for £12.6million.

Locatelli has gone on to make 99 appearances for the club, but it was with Italy at Euro 2020 where he truly showed his class.

The player scored two impressive goals against Switzerland in the group stage, before coming on in the final against England.

Locatelli was heavily linked with Arsenal in the weeks that followed, although the Gunners couldn’t get a deal over the line.

They were rivalling Juventus for his signature and it seems the Bianconeri have won the race.

Goal, as well as Fabrizio Romano, report that Juve have reached an agreement with Sassuolo to sign Locatelli.

Romano says that the move is worth €35m (£29m) plus add-ons. The midfielder has signed a contract lasting until June 2026 at the Allianz Stadium.

An official announcement is expected from both clubs in the next few days.

Arsenal, meanwhile, have already bolstered their midfield with the signing of Albert Sambi Lokonga from Anderlecht.

The 21-year-old Belgian joined for an initial £15m which could rise to £19m if certain conditions are met.

Speaking about the transfer, technical director Edu said: “We are delighted Albert has signed with us, as there was a lot of interest in him and he was a big target for us.

“Albert is a player we’ve been tracking for some time, and he will bring us strength in depth in the centre of midfield. We look forward to his continued development with us.”

Lokonga made his debut on Friday as Arsenal kicked off the Premier League season by travelling to Brentford.

However, it ended in disappointment for Mikel Arteta as the Gunners were beaten 2-0 at the Community Stadium.

Sergi Canos and Christian Norgaard got on the scoresheet for the Bees.