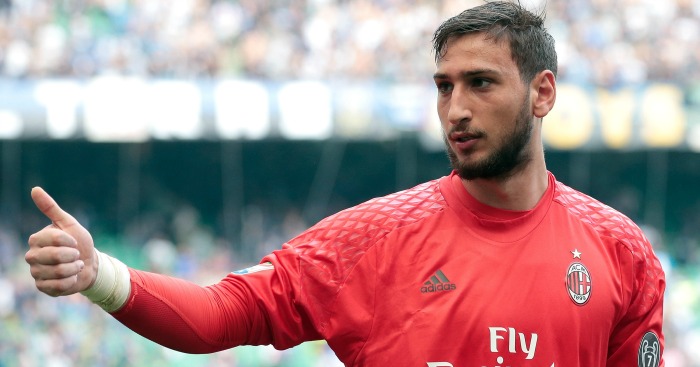 It was announced this week that the 18-year-old goalkeeper will not extend his contract with the Rossoneri, and with only a year remaining on his current deal, Milan appear likely to cash in on the goalkeeper this summer rather than risk him walking away for nothing in 12 months.

Donnarumma is viewed by many as Gianluigi Buffon’s successor in the Italy national team and with Buffon set to retire after the World Cup, Juve have credited with an interest in signing the youngster to replace the 39-year-old at club level too.

When Juve general manager Giuseppe Marotta was asked about Donnarumma, he told Corriere della Sera: “Could Juve sign him? It’s clear that Juve have the right to examine every opportunity. When a player is on the market we have a duty to try.

“Are we in for him? At the moment, no. He’s a talent, then we have to distinguish between a talent and a champion.”

Real Madrid are said to be frontrunners for Donnarumma, though Manchester United have also been linked as speculation continues over David de Gea’s future.