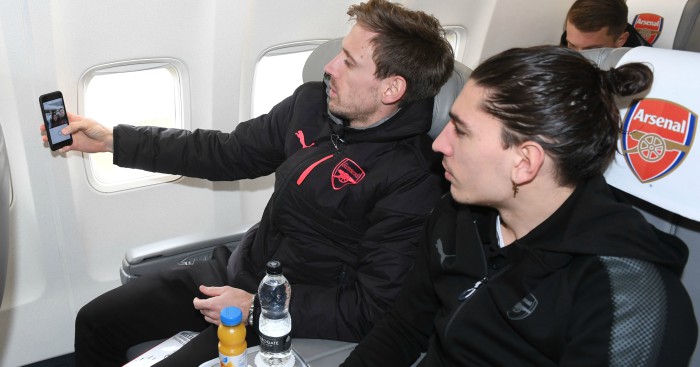 Juventus are ‘laying the groundwork’ for a summer move for Arsenal defender Hector Bellerin.

The Italian giants submitted a late bid for the right-back in the January transfer window, but their interest was not entertained by the Gunners, who have also rebuffed enquiries from Barcelona and Manchester City.

But The Guardian is reporting that Juve will try again at the end of the season, with the club aware that it will cost in excess of £45million to tempt Arsenal to sell.

Their story says Arsenal officials are aware that Bellerin feels his progress has stagnated over the last 18 months, and with the Gunners likely to again miss out on a Champions League spot amid continued unrest around the direction of the club, the 22-year-old may be more forceful in seeking a move in summer.

A right-back is a priority for Juventus this summer and the club that faces Tottenham next week for a place in the Champions League quarter-finals is said to be increasingly confident of arranging a deal for the Spain defender.

Bellerin is contracted to Arsenal until 2022.