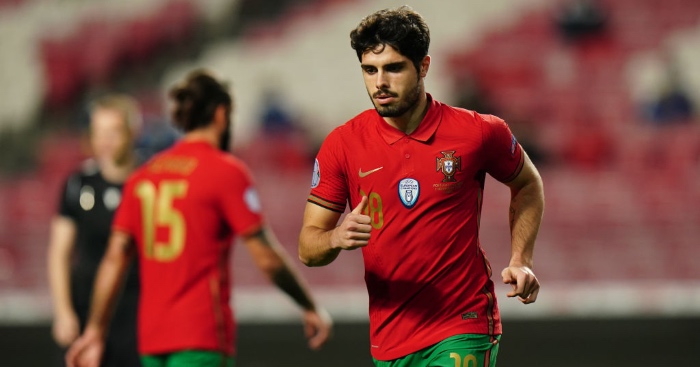 Despite the player recently signing a new contract with Wolves, there are reports claiming that Juventus want to sign Pedro Neto from Wolves.

Neto signed a new five-year deal with the club at the start of this month after impressing manager Nuno Espirito Santo.

He joined from Braga in 2019 and is now a first team regular at the Molineux Stadium.

According to reports in Italy, Juve are monitoring the player and could make a move in one of the upcoming transfer windows.

It’s no surprise that the 20-year-old has caught the eye of one of Europe’s elite clubs.

Neto has been impressive since joining Wolves and has forced his way into the starting lineup.

He is part of a dangerous attacking line that involves Raul Jimenez and Daniel Podence.

The player has achieved three goal contributions in his first eight league appearances this campaign. But his performances are about much more than just his stats.

The player is a great dribbler of the ball and can deliver a cross with pinpoint accuracy.

Neto’s versatility is another reason why Juve are circling.

The Portuguese international can play on either wing, in a CAM role or as a forward.

Neto recently moved up from Portugal’s U21 side to play alongside Cristiano Ronaldo in the senior team.

He scored on his debut as Portugal thrashed Andorra 7-0.

Juve will have to pay a significant fee if they want to add Neto to their attacking line. Wolves will not want to lose one of their best young players.

It looks like Neto is determined to stay, too.

After signing his new contract, the winger said: “This new deal shows I’m working very hard and I was expecting it because I worked for it. I always work to improve my game, so it comes with that.

I work hard every day, so I’m very happy about it, but I will continue to work now.

“We go day by day; improving, working and letting things happen naturally, but I know what I want to achieve. I want to be the best.”

Despite interest from Italian giants Juve, Neto looks like he’s here to stay in the Prem.