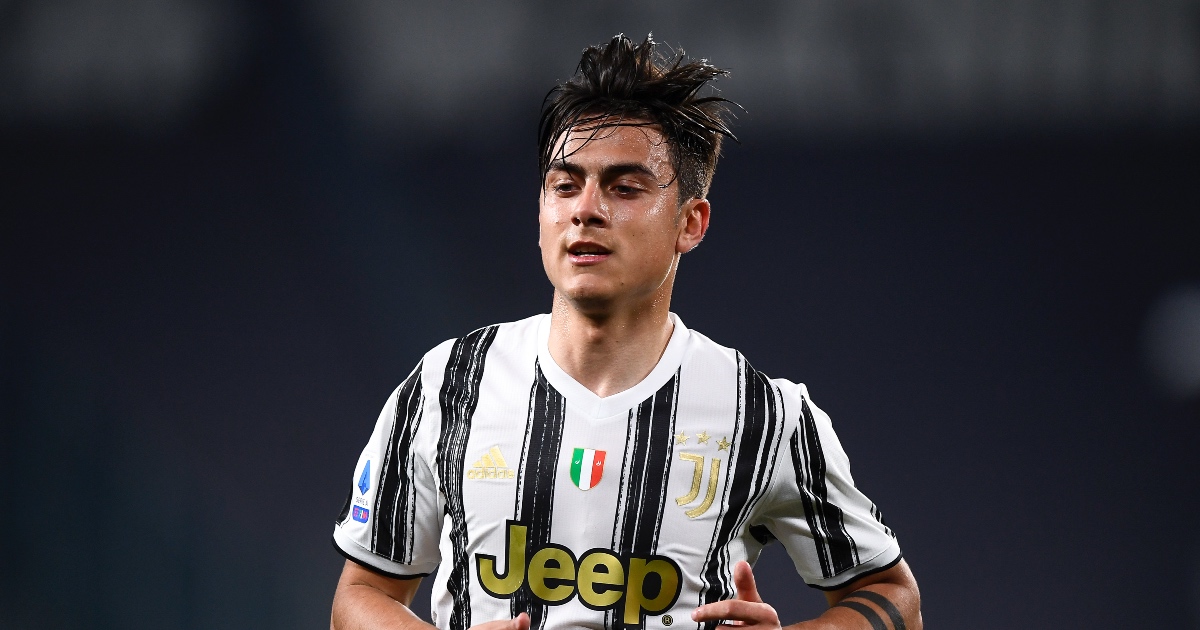 Juventus have decided to keep Man Utd and Chelsea target Paulo Dybala, according to reports.

The Argentinian playmaker was close to making a Premier League move last summer before opting to stay in Turin.

The rumour mill hasn’t stopped since then, with reports suggesting he could be used in a swap deal with United’s Paul Pogba.

Juve seemed keen to offload the player due to his huge wages, but it seems as though they’ve made a transfer U-turn.

According to Italian outlet Gazzetta dello Sport (via Express), they have opted to retain Dybala’s services past this season.

They want the 27-year-old to remain in Andrea Pirlo’s squad as they undergo major changes this summer.

Cristiano Ronaldo could leave for either Paris Saint-Germain or United. The report states that Juve cannot afford to lose both him and Dybala ahead of next season.

The decision casts a major Man Utd or Chelsea move into doubt, as Juve will reject any bids that are made.

Ole Gunnar Solskjaer is thought to be a fan of Dybala’s talents and originally wanted him to play just behind Edinson Cavani.

It’s now unlikely that that will happen.

Dybala could spearhead a new-look attack for Juve next term, which may include Moise Kean from Everton.

The player will be hoping for more success in 2021/22 after a troublesome season. He started the campaign with a thigh problem which ruled him out of the Serie A opening weekend.

Dybala found some form either side of Christmas but was then ruled out for over two months due to ligament damage.

He has now returned to the fold and scored in Juve’s 2-1 victory over Napoli earlier in April.

Dybala will need to be at his best next year if the Bianconeri are to regain their league crown.

Antonio Conte’s Inter Milan have stormed to the title this season and need just a couple more wins to certify their place as champions.

While that will end Inter’s 11-year wait for the title, it will end Juve’s nine-year spell as champions.

Pirlo’s side are involved in a top-four race with Atalanta, Napoli and AC Milan. Lazio aren’t too far behind and have a game in-hand. Two of those teams will miss out come the summer.