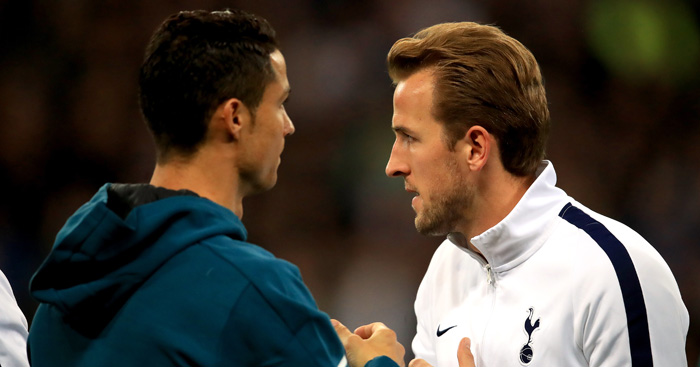 Former Italy international Luca Toni claims Juventus should target Gabriel Jesus over Harry Kane, as the Brazilian would be better suited to playing alongside Cristiano Ronaldo.

Reports have claimed Juventus have identified Kane as their top summer transfer target, with the England international also wanted by Manchester United.

Toni rated some of the top forwards in Europe, and claimed Jesus is a better option for the Serie A giants.

“Kane is a true centre-forward, who fills the area like few others: he is technical, good at playing with the team and above all lethal in the last few meters. And being 26, he still has room for growth,” he told Tuttosport.

“No [Mauro Icardi isn’t as good as Kane], a little further down. If Kane is 9 as an absolute value, Icardi is at 8.

“The PSG striker is the same age as the Englishman and as he is a great finisher, but now he is less complete, he must improve in the game with the team.

“Having said that, the experience of sharing the attack with champions like Neymar and Mbappe has certainly improved Icardi.

“It is true that the latter is a German national and is the revelation of Leipzig who arrived in the Champions League quarter-finals, but he still has to demonstrate a lot compared to a Kane or a Icardi.

“Haaland is a very strong, he has had a super impact also in Europe and Borussia Dortmund is continuing to score a lot of goals like in Salzburg.

“But in a young person it is not so important to know how good he is now, but rather how much progress he will make in the next three years. If he grows at this rate, we will face a great centre-forward.”

When asked why he reckons Jesus would be a better signing than Kane this summer, Toni added: “He is fast, technical, he gets assists. Of these strikers, the Brazilian from Manchester City is the least striker but he would be the most suitable to play with Cristiano Ronaldo.

“CR7 is not a pure centre-forward, but he is the one who scores the most and must score the most goals.

“Kane, who I consider the best of the under 30s, is not necessarily perfect for Cristiano Ronaldo.

“I see much better Gabriel Jesus, who scores at City but also scores a lot, opens spaces for his team-mates, presses, and is only 22 years old.”