Juventus are reportedly working hard to strike a swap deal to bring Paul Pogba to Turin this summer. 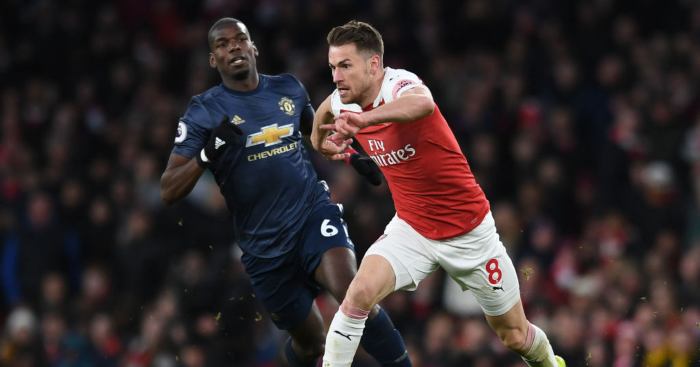 Juventus are working hard to strike a swap deal to bring Paul Pogba to Turin this summer with the Frenchman ready to leave Manchester United, according to reports.

The 26-year-old expressed a strong desire to quit Old Trafford last summer and Juventus are believed to have been among the clubs interested in signing the midfielder.

United did not want to sell, however, and were able to keep potential buyers at the door with their £150million valuation of the player.

Ole Gunnar Solskjaer claimed recently that Pogba is “desperate” to play for Man Utd again but the signs are pointing towards his departure.

The Red Devils signed the World Cup winner for £89m from Juventus in August 2016 and are keen to make a profit, but that price appears to be getting lower and lower as an inevitable exit looms large.

The Turin giants remain keen to re-sign Pogba and are already mapping out a transfer bid involving one of their players, according to a report in the Daily Express.

Ramsey joined Juventus last summer for free after his Arsenal deal expired but has struggled to make his mark in Serie A, with just two goals in 21 appearances.

Pogba’s agent Mino Raiola revealed last week he is in contact with the Serie A champions over bringing his client back to Turin.

The Dutch representative also rattled a few cages this week by outing Solskjaer on social media after the United boss said: “Paul is our player and not Mino’s.”