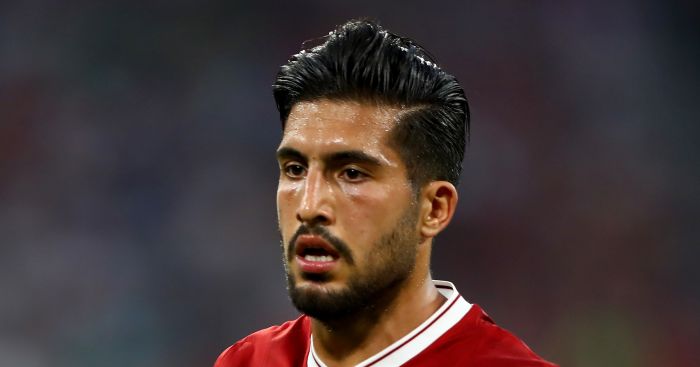 Juventus have abandoned their attempts to sign Emre Can this summer, but will return in January.

Liverpool remain locked in contract discussions with Can, whose current deal expires in 12 months.

Jurgen Klopp has previously stated that he will take the risk of losing the midfielder for free next year, as he will not entertain selling him this summer.

Juventus are the side most regularly linked with the German, and chief executive Giuseppe Marotta admits a deal may have to be shelved until the winter.

“Liverpool are holding on tight to Emre Can,” he told Premium Sport.

“His contract expires in June, we’ll be able to negotiate with him from January. We won’t hide the fact we like him.

“But currently he is a Liverpool player, so we can only admire him from afar.”