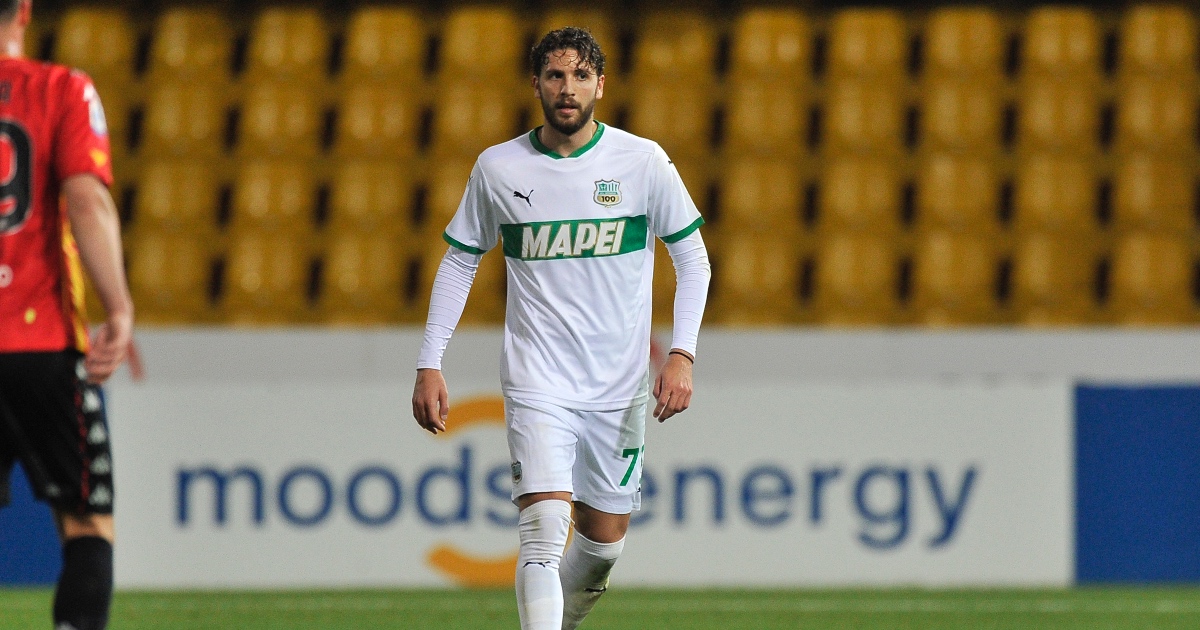 Juventus have scheduled more talks with Sassuolo over the signing of Arsenal target Manuel Locatelli, according to reports.

The midfielder came through the ranks of AC Milan but left in July 2019 after an initial loan spell with Sassuolo.

He was signed for £12.6million but could leave for significantly more this summer after a great Euro 2020.

According to Goal, Juve have penned in fresh negotiations with Locatelli’s club to try and agree on a fee.

The two parties will meet on Wednesday or Thursday next week.

Sassuolo will only do business at €40m (£34m) as that gives them enough to find a suitable replacement.

The report claims that any deal between the Italian sides would involve a season-long loan deal.

Juve would then have the obligation to buy Locatelli for the agreed price, regardless of his appearances or achievements.

Recent reports have revealed the Gunners are ‘really serious’ about Locatelli.

He could be taken to the Emirates to partner Thomas Partey and Albert Sambi Lokonga in midfield.

The signing would give Mikel Arteta sufficient options in the centre of the pitch as Granit Xhaka nears a switch to Roma.

Matteo Guendouzi has also been allowed to join French side Marseille in a temporary deal.

He spent the 2020/21 campaign in Germany with Hertha Berlin.

The main problem for Arsenal is Locatelli’s career preference. It’s believed that he wants to remain in Italy and fight for Serie A titles, as well as European glory.

Arsenal might have a hard time convincing him to switch Italy for England.

In addition, they are lacking the pull power of European football, having missed out on Champions League qualification by seven points.

Locatelli announced himself on the world stage with two goals in Italy’s 3-0 victory over Switzerland at the Euros.

He opened the scoring from close range after setting up an attack with a sweeping cross-field ball.