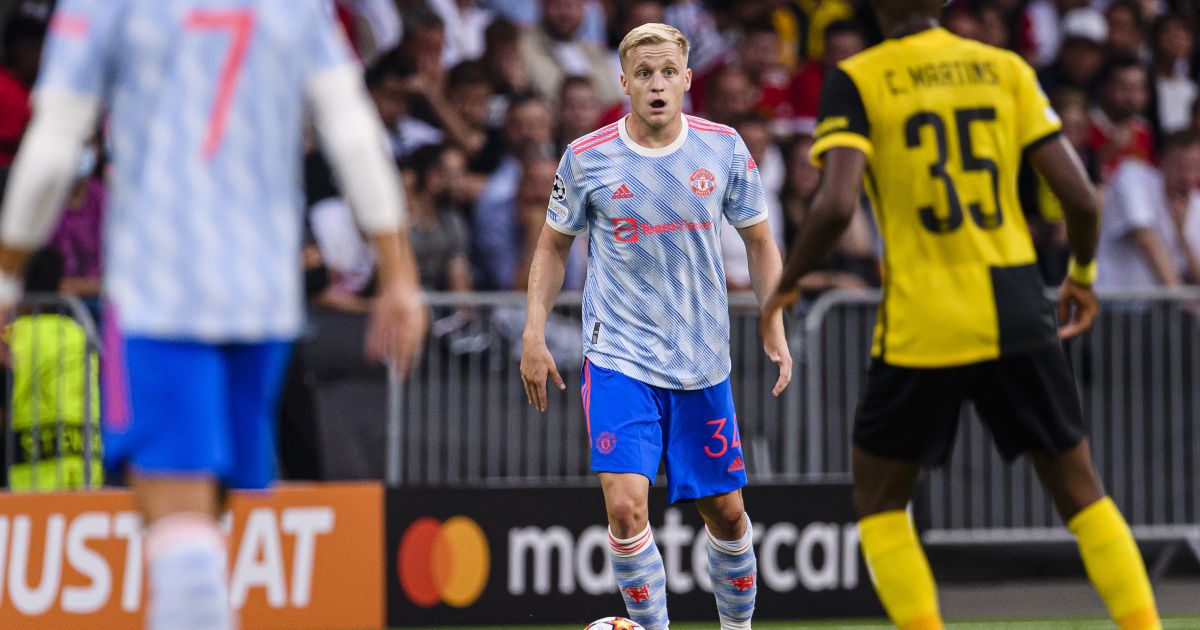 Juventus have opened dialogue with the agent of Man Utd midfielder Donny van de Beek over a potential January move, according to reports in Italy.

Van de Beek only made four Premier League starts and 15 further league appearances off the bench, giving him a total of 515 minutes played during his first season at the club.

He did play more minutes in Europe and domestic cup competitions but that wasn’t enough to stop him seeking a loan move to Everton in the summer transfer window.

And this season has started off in similar fashion with Van de Beek only being afforded five minutes of action in the Red Devils’ first seven Premier League matches.

A January exit now seems likely with the Netherlands international visibly angry when Ole Gunnar Solskjaer chose to send on Fred and Jesse Lingard in the 89th-minute of their 2-1 win over Villarreal instead of him.

Juventus have been linked with Van de Beek over the last few weeks and now La Stampa (via Football Italia) claims that the Old Lady have ‘opened talks’ with his agent ahead of a potential January move.

It is said that Juventus director Federico Cherubini has ‘made contact’ with Van de Beek’s agent but that any move would be a loan with an option or obligation to buy.

Football Italia also bring us the news that Juventus are still keen on moving Aaron Ramsey and Weston McKennie out of the club in the winter market.

Meanwhile, former Man Utd midfielder Paul Ince has hit out at Ole Gunnar Solskjaer for not telling Van de Beek the truth over his playing time at Old Trafford.

Speaking on the Kelly and Wrighty Show, Ince said: “If I’m going to buy a player, a top player from Ajax, the first thing I’m going to say is, ‘Am I going to play? Where do you see me fitting in, within the system, within the team?’

“As a manager you have two choices – you can either tell the truth or not tell the truth. From what I’m seeing for the last year and a half, he’s not told Donny the truth, he hasn’t had any game time. He’s got £35million sitting on the bench.

“I can hold my hands up if I’m on the bench and the team are winning and playing well. You can’t tell me that Fred and [Scott] McTominay are playing well week in and week out, and even [Paul] Pogba because they’re not.

“But he seems to play them all the time, and I’m sitting there watching them play, I would be livid.”