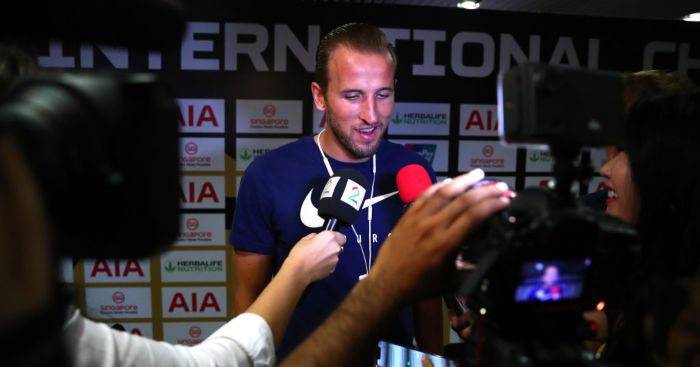 Juventus are mulling over the possibility of offering Paulo Dybala as part of a deal to sign Tottenham Hotspur striker Harry Kane, according to reports.

Spurs crashed out of the Champions League at the hands of RB Leipzig a week ago – having already been eliminated from both domestic cups, while they currently sit a disappointing eighth in the Premier League table.

And Juve chiefs are said to be looking to capitalise on the turmoil in north London to secure a major summer coup, although they will face major competition for Kane.

And Italian newspaper Tuttosport (via Sport Witness) claims that the England skipper is second on their list of striker targets behind Inter Milan’s Mauro Icardi.

Similarly to a previous report, Tuttosport says that Kane will cost the Old Lady €150m but this time they link Dybala with Tottenham.

The report says that Dybala’s stock will have risen since being valued at around €62m in last summer’s transfer window after rejecting a move to Spurs.

Dybala has scored 13 goals in 23 starts in all competitions for Juventus and generally been impressive when coming into a team that has Cristiano Ronaldo as it’s focal point.

And Tuttosport adds that Juventus could be tempted to use Dybala as part of a swap deal for Kane in order to lower Spurs’ cash demands.