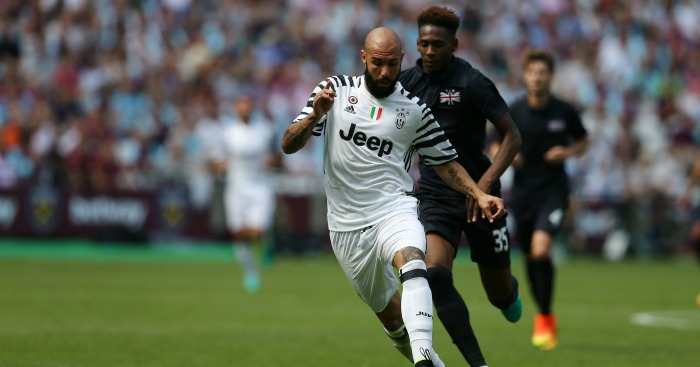 Wert Ham are leading the race to sign Simone Zaza with Juventus unwilling to let the striker join another Italian side.

The Serie A champions are willing to offload the forward, who would fit the bill for the Hammers as they look to cover for the injuries sustained to Andre Ayew and Andy Carroll.

West Ham have reportedly been told to stump up £20million for the 25-year-old, and his father Antonio believes that the Hammers are ready to meet Juve’s demands.

“West Ham are a solution we’d appreciate and represent something more concrete,” he told Mediaset Premium. “We’ll have to see what Juventus do and expect news soon.

“We are taking London into serious consideration as his next destination. Simone still has four years on his contract and would happily remain in Turin to give his contribution.

“Juventus don’t want to sell Simone to a direct rival. Milan, Napoli and Roma would be the options, we’ll see what happens.”

West Ham have also been linked with Manchester City’s Wilfried Bony, a player Slaven Bilic appears to be a fan of.