Cristiano Ronaldo has been supported by club and country, with Juventus hailing a "great champion"... 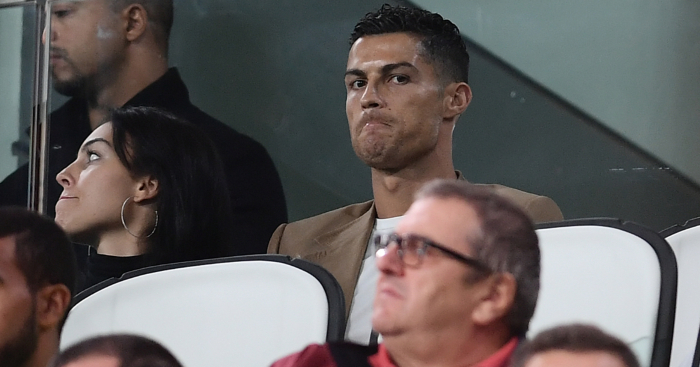 Cristiano Ronaldo has been supported by club and country in the wake of a rape allegation made against the player, with Juventus hailing a “great champion”.

On the same day Portugal coach Fernando Santos said an agreement had been reached for the 154-cap forward to not return to international football until 2019, Juventus also reached out to their summer signing.

In a statement on Twitter, the Turin club said…

.@Cristiano Ronaldo has shown in recent months his great professionalism and dedication, which is appreciated by everyone at Juventus. 1/1

The events allegedly dating back to almost 10 years ago do not change this opinion, which is shared by anyone who has come into contact with this great champion. 2/2

On Wednesday, the 33-year-old issued a strong denial over allegations he sexually assaulted a woman in the United States in 2009.

Santos, quoted on the website of Portuguese sports newspaper O Jogo, said: “I personally always support my players and here it is not even a question of solidarity, I believe what the player said publicly, he considers (rape) an abject act and clearly reaffirms that he is innocent of what he is being accused of.

“There was a conversation with the player, the president of the federation (Fernando Gomes) and I. We agreed that the player would not be in these two call-ups, this and the next one in November.”

Ronaldo is being sued by a woman in the US, who claims he assaulted her in the penthouse suite of a Las Vegas hotel.

She also alleges the former Manchester United player dispatched a team of “fixers” to obstruct the criminal investigation and trick her into keeping quiet for 375,000 US dollars (£268,000).

Ronaldo has firmly denied the allegations, saying it “goes against everything that I am and believe in”.

Speaking to reporters in Nevada on Wednesday, lawyer Leslie Stovall said the woman suffers depression and post-traumatic stress linked to the alleged incident, but was encouraged to launch legal action after seeing others do the same as part of the #MeToo movement.

Portugal will play Poland in the Nations League before a friendly against Scotland in Glasgow on October 14.

Among Portugal’s forwards for the international double-header are Eder, who scored the winner in the Euro 2016 final against France, and Wolves’ Helder Costa who receives a first senior call-up.

“Eder was always being observed and this time we felt he should be called up,” Santos added.

“The players are very motivated to play these matches for the national team.

“Right now we are in a positive position in the Nations League and with victory we will take an important step.”