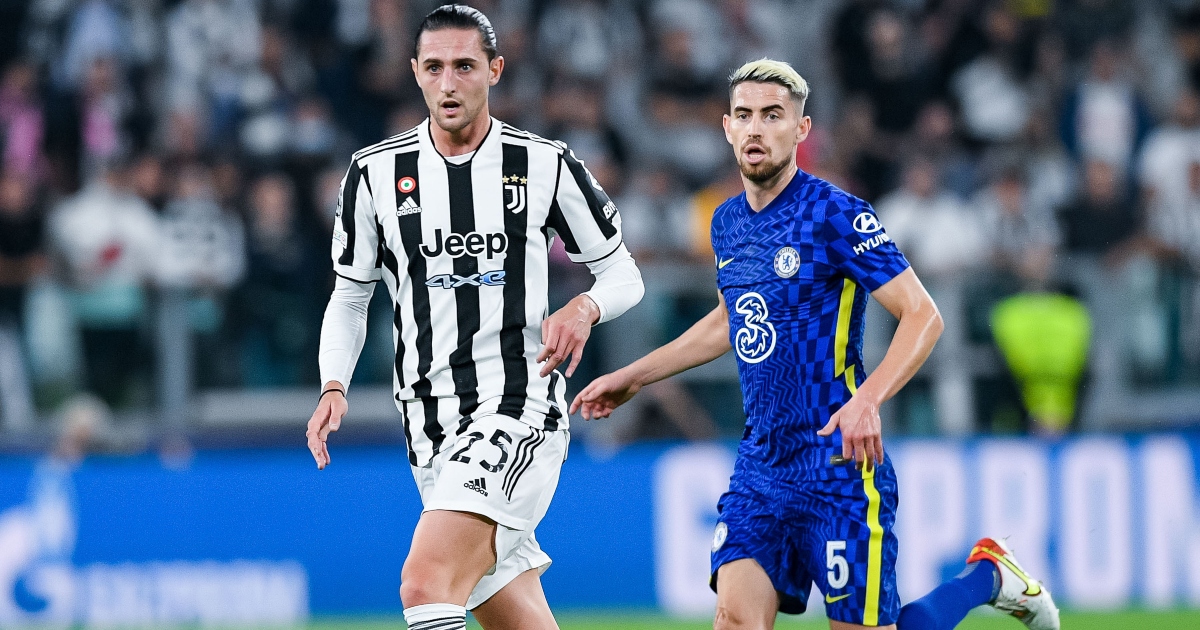 Juventus are ready to offer Adrien Rabiot in a deal to sign Chelsea midfielder Jorginho, according to reports.

Jorginho was a key cog in Chelsea going all the way in the Champions League last season and was just as instrumental as Italy won the European Championship over the summer.

Juventus are long-term admirers of the 30-year-old and the Blues may be forced to offload him before his contract expires in 2023.

The Italian international signed for Chelsea from Napoli in 2018 for a fee in the region of £51m.

He has scored nine goals in 33 matches this season and helped the Premier League club win the Club World Cup last month.

And according to TuttoJuve (via Caught Offside), Max Allegri wants to bring Jorginho to Juventus and is willing to offer Rabiot to Chelsea to make the deal happen.

The Blues reportedly ‘like’ the France international midfielder and bringing him in as a replacement for Jorginho could make sense as he is four years younger.

Rabiot – who is also out of contract in 2023 – has been linked with Newcastle United as well.

It was reported last month that Juve are ‘ready to say goodbye’ to the 26-year-old after the Magpies ‘came forward’ to sign him in the January transfer window.

Meanwhile, Cesc Fabregas says that Chelsea defender Andreas Christensen would benefit from adding an element of gamesmanship to his arsenal.

Christensen is out of contract in the summer and has been heavily linked with Fabregas’ former club Barcelona.

He said: “He seems like a great player to me and his contract is up. When I arrived at Chelsea, in 2014, he was already training with us from time to time. He was the typical young man who went up, and then you could see the way he read the game, the way he anticipated.”

Fabregas added that he believes Christensen could add more of a nasty side to his game, comparing his style of play to Barcelona’s Eric Garcia.