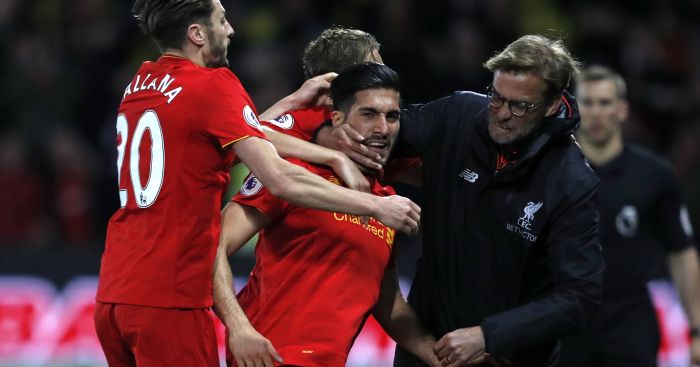 Jurgen Klopp did not want Emre Can to leave Liverpool for Juventus, according to the German midfielder.

The ‘free transfer’ set Juve back a staggering £14million when joined last summer on a four-year contract.

Can established himself as a key member of Klopp’s side last season and there were some reports that suggested a falling out between the duo had forced him into his move to Turin.

However, the German international has now denied those claims, even stating that Klopp didn’t want him to go.

“I already complained to Jurgen Klopp about the hard training in Liverpool! But the training here at Juventus is a bit tougher,” Can told DAZN and Goal.

“We have to run even more, do more strength training. It was a big challenge for me at the beginning. But now my body has got used to it.

“He was disappointed [Klopp]. He wanted me to stay in Liverpool, but accepted my decision.

“He also knew that it was not a decision against him or against Liverpool, but for a new challenge at Juventus.

“I had a wonderful and memorable time in Liverpool and will always be grateful to all the people who have supported me there. I am still in touch with Jurgen Klopp.”