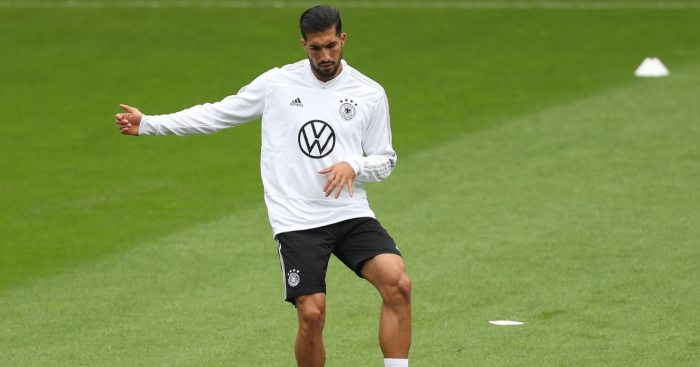 Emre Can has expressed his “deep shock” at being excluded from Juventus’ Champions League squad for the upcoming fixtures.

The ‘free transfer’ from Liverpool set Juve back a staggering £14million when joined last summer on a four-year contract.

The arrivals of Aaron Ramsey and Adrien Rabiot this summer will cut down Can’s playing time after the midfielder made 37 appearances for the Old Lady last term.

And Can says he would have tried to leave the club if he had known he would miss out on their 22-man squad for the Champions League.

“I’m not in the squad for the Champions League which really shocked me yesterday, because I was promised otherwise last week,” Can told Sky in Germany.

“Consequently I would not have stayed at Juventus, because it was the main condition for me to be part of the Champions League squad.

“It’s a deep shock for me and I cannot understand it. I played very well in the Champions League last year. There has not been any explanation yet.

“Juventus called me yesterday, the phone call was less than one minute long and they just told me: “You are not in the squad.