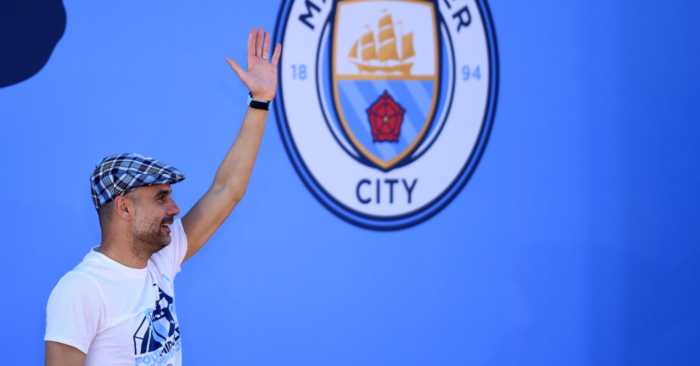 It was not a rumour dreamed up by a nameless, faceless churnalist, nor one propagated by a reporter desperate for their 15 minutes of transfer rumour fame. It was not, as a Manchester City board member – and apparently the most Cockney Italian ever – had it, “codswallop”.

Gianluca Momblano reported in January that Massimiliano Allegri was to leave Juventus in the summer, regardless of their Champions League progression. He was one of the first to report that The Old Lady was courting the aged Cristiano Ronaldo 12 months ago.

Not that such apparent inside knowledge confirms a hat-trick of accuracy is about to be converted. “Now it’s 1-1,” Pep Guardiola said earlier this month when told of Momblano’s success rate. “He made a good shot with Ronaldo but he missed this one. I’m not going to go to Juventus.”

The suggestion that Guardiola is bound for Turin within the week should not be dismissed out of hand. But it does seem highly unlikely. He is contracted to City until 2021, has a Premier League to monopolise and he still has to prove himself in a Champions League that he has already won twice. Domestic dominance did not prevent his Bayern Munich tenure being tainted somewhat by European setbacks, and that will only be exemplified if he leaves a second club in similar circumstances.

“I have two more years here and I’m not going to move. Impossible, except if they sack me and after I go home,” Guardiola said when the reports first surfaced in March.

“But if Manchester City wants me, I will stay two more years by far and hopefully another one. I’m not going to go to Juventus in the next two seasons.”

Yet two months later, the speculation will not subside. City are not even a week removed from completing an unprecedented domestic Treble and they are fighting UEFA-instigated FFP battles and quelling media-led manager rebellions. Success certainly comes at a cost.

There is no greater price City can pay than Guardiola’s departure. It will come eventually – he left Barcelona after four years and Bayern after three – but this is his second cycle and the club’s endgame. It will take more than a click of the fingers to eradicate their opponents again next season. The Spaniard is unlikely to leave such a challenge behind just yet.

The mission is far from accomplished and the product not yet finalised – an alarming thought for the rest of the Premier League. But there is no smoke without fire, and jealousy can certainly be the most combustible of fuels.

The speculation will be based on at least a modicum of truth, yet it has only gained traction through resentment. Many are almost willing the claim to come to fruition, for Guardiola to leave and City’s empire to come crumbling down before them. They would retain the brilliant players, supreme facilities and eye-watering finances, but their unique manager is what sets them apart: he supplies the unerring vision and focus.

There is a reason an official response of sorts was issued on Thursday. City cannot publicly acknowledge every rumour but it speaks volumes that they sought to stamp this one out so soon. Guardiola leaving to try and match the record of winning league titles in four different countries is perfectly believable, particularly when that feat is shared by Jose Mourinho.

But he is here to stay for now, to try and become only the second manager in history to win three consecutive English league championships, and only the fourth to claim three European Cups. The leaving party can wait.

Guardiola was told he would be ‘absolutely deluded’ to think he could bend the Premier League to his will. The same stands for City if they believe he will stay to establish a dynasty, but it also applies to those who feel his reign of supposed terror will be ending anytime soon.