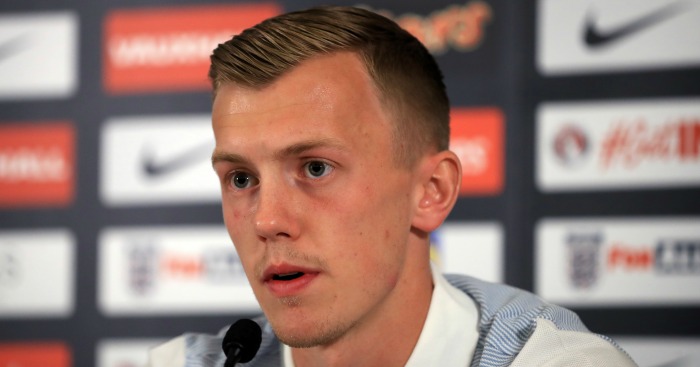 James Ward-Prowse says he will use his time with the England squad to improve as a player but the midfielder also insists he is ready to take his chance if it comes this week.

The uncapped Southampton man has been named in Gareth Southgate’s squad for the matches against Germany and Lithuania and he is determined to make his mark should he be selected.

Ward-Prowse told a press conference: “It’s obviously an incredibly proud feeling for me. It’s always been a life-long ambition and a career ambition to reach the senior squad.

“I think it’s every young player’s dream to play for England and to be given that opportunity and chance to represent your country and do everyone proud is a great honour.

“Should the chance come this week, I’ll be ready to take it.”

The 22-year-old, who has represented England at various youth levels – including captaining Southgate’s Under-21s side, is looking forward to learning from the other players during his time with the senior side.

He added: “It’s a different environment in terms of the players that you’re with, but I think it’s a positive thing.

“I think for me, as a young player, it is different but I’m going to use it to benefit me as a player and increase my knowledge of the game.

“I can’t wait to draw every ounce of knowledge from other players who have been in the group before this week, to help me as a player as well.”

Southampton team-mate Nathan Redmond, who has represented England’s Under-21s 34 times, has also been called up by Southgate and Ward-Prowse is pleased to see there is a pathway from the youth sides to the first team.

“Having worked with Gareth before, he’s made it clear to us in the 21s that there is that pathway there,” Ward-Prowse added.

“It’s a positive thing. Not only for myself and Nathan but if you look throughout the squad as well, the likes of Raheem (Sterling), John Stones and Ross Barkley, they’re players who have come through as well.

“It’s positive that if you are doing well at a young age then you’ll be given a chance.”