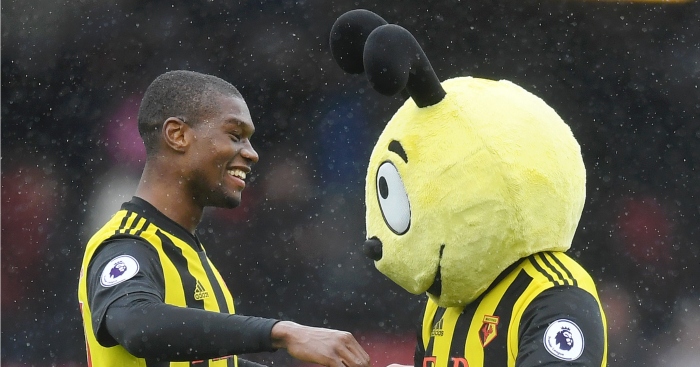 Watford’s appeal over the red card shown to Christian Kabasele during the Carabao Cup tie against Tottenham on Wednesday night has been successful.

Kabasele was sent of by referee Lee Mason for a foul on Dele Alli in the 81st minute at Stadium MK, with the Spurs midfielder scoring the resulting penalty.

A statement from the Football Association read: “Christian Kabasele’s one-match suspension has been withdrawn with immediate effect after his wrongful dismissal claim was upheld.

“The Watford player had been sent-off for denying an obvious goal scoring opportunity against Tottenham Hotspur on Wednesday (26/09/18).”

Kabasele will now be available to play in Saturday’s Premier League match at Arsenal.

Alli converted the resulting penalty, before Spurs then quickly went 2-1 ahead through Erik Lamela.

Watford, however, levelled things up through a late deflected effort from substitute Etienne Capoue, against his old club.

The tie was settled on spot-kicks, which Spurs won 4-2.

“I think we played very well and I would like to respect the referee’s decision and to support them because I know it is not easy,” he said.