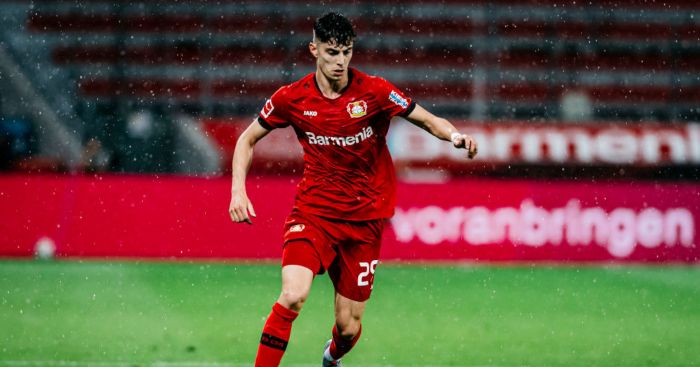 Kai Havertz is ready to leave Bayer Leverkusen with Chelsea and Real Madrid interested in landing the attacker, according to reports in Germany.

The Daily Telegraph indicated on Friday that Chelsea were preparing a bid to submit after the German Cup final, which Leverkusen lost 4-2 to Bayern Munich.

That bid could €100m with German publication Bild (via 101GreatGoals) now claiming that Chelsea are willing to pay Havertz’s valuation with ‘€70m up front and €30-40m at a later date’.

The report adds that Havertz ‘has asked to leave Bayer Leverkusen this summer’ – with Real Madrid also interested – but Bild do not specify whether it was in the form of a formal transfer request.

Meanwhile, Italian journalist Nicolo Schira reckons that Chelsea ‘are ready to offer’ a five-year contract worth €8m a year for Havertz.

#Chelsea want Kai #Havertz and are in talks with his agent. #Blues are ready to offer 5-year contract (€8M/year) and in the next days will open talks with #BayerLeverkusen. At the moment Marina Granovskaia lead the race for the german player. #transfers #CFC