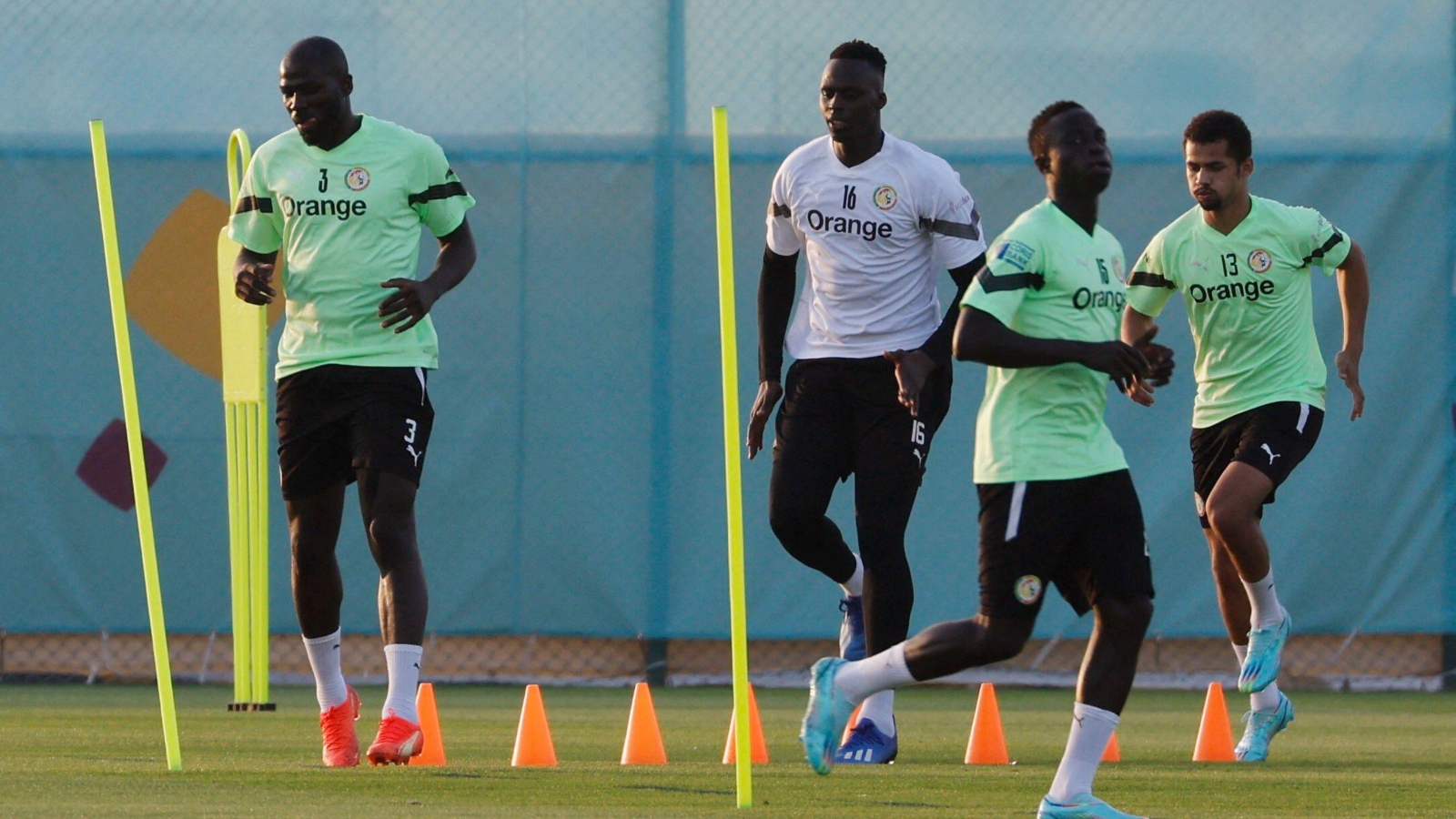 Kalidou Koulibaly has defended his Chelsea teammate Edouard Mendy after his costly errors in Senegal’s opening World Cup defeat to the Netherlands.

Goalkeeper Mendy was at fault for both goals in the late 2-0 loss, first coming for a cross that he did not make and then spilling a routine shot.

Mendy has received plenty of criticism, but Koulibaly says people are “making a mountain out of a molehill”, with Senegal boss Aliou Cisse also confirming the Chelsea goalkeeper will start their second Group A game against Qatar on Friday.

Speaking at Senegal’s pre-match press conference, Koulibaly said: “We do speak a lot, we play at the same club and we are brothers in arms for Senegal. He is a very important player for us, it is normal to go through difficult phases.

“We are making a mountain out of a molehill here. He knows what he needs to do tomorrow, and the rest of the team do as well and we are going to try to put everything together to pull something out of the bag.

“When a team loses it’s not down to one player, it’s down to the whole team. We are going to do everything we can to change this but I don’t think we should be making a big deal of this. I am not worried, I know Edouard will be on top of his game tomorrow.”

Senegal, who are the African champions, have been severely hamstrung by the loss of Bayern Munich forward Sadio Mane to injury.

But Koulibaly revealed that the former Liverpool star is still playing an important role.

“Sadio is always texting with us, always calling us, always keeping the mentality high for the team, even if he is not with us in Qatar, he is sticking with all of the players,” he said.

“This is really important for us. This is the good spirit and mentality and we need it. We hope he will continue to support us.

“When he speaks I think all of Senegal is listening. I am speaking every day with him and for this I am really happy.”

Qatar could exit the tournament just five days after it began with a defeat on Friday, with no other host nation having gone out in quicker time in the history of the World Cup.

There were high expectations before the competition began but they looked below par in their opening defeat to Ecuador on Sunday.

Since then, Saudi Arabia have beaten Argentina and Japan have beaten Germany, results which midfielder Ismail Mohamad admits have made Qatar “jealous”.

“It goes without saying that the teams you have mentioned and the performances we saw, especially the Arab squads, is making us jealous and we want to perform as they have,” he said at a pre-match press conference.

“It is very important to be in good shape and make everyone proud. The first step we will do is to try and do that and deliver on the pitch. We will strive to make you proud, we will try our best to play at our best level to give you joy. The match tomorrow will show what we are capable of doing.”

READ NOW: World Cup: Six stars in Qatar who could have played for Gareth Southgate’s England