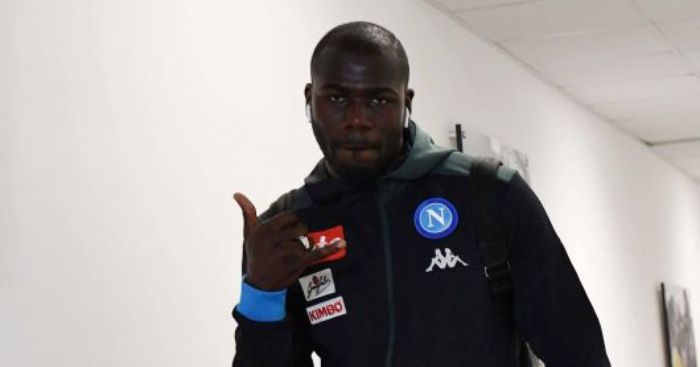 Napoli would ask for a “large sum” if they were to sell Man Utd and Liverpool-linked defender Kalidou Koulibaly, according to the Italian club’s director Cristiano Giuntoli.

The Reds and Man Utd have both been linked with a huge move for the centre-back this summer, despite the coronavirus pandemic likely to reduce spending in the next transfer window.

At the beginning of May, Gazzetta dello Sport claimed that Liverpool are ‘on pole’ for Koulibaly, ahead of arch-rivals Man Utd, with their ‘prestige’ giving them the advantage over other sides.

OPINION: Of course Liverpool fans will gather…lockdown is broken

The Senegal international is among the most highly-rated centre-backs in Europe, following his stellar performances in the Serie A and Champions League in recent seasons.

One report claimed that football’s recent shutdown would see Koulibaly’s fee drop from around €100million to €75million.

According to Giuntoli, however, Napoli are in no mood to lower their valuation.

“Kalidou is a great player, who still has a long contract with us,” the director said (via the Daily Mail).

“If we were to sell, the club could ask for a large sum. A player like this cannot change his value even in a crisis, so we are not moving our valuation.”