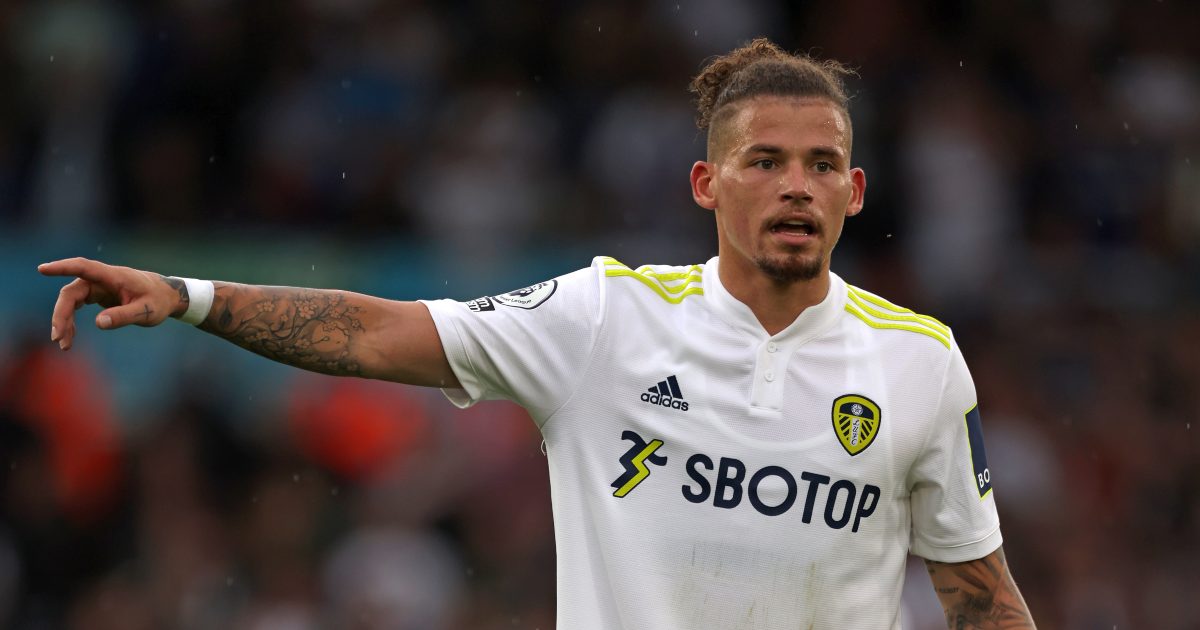 He’s so bloody Yorkshire. Kalvin Phillips is one of the world’s best ratty snafflers.

Who’s this then?
Kalvin Mark Phillips is a 25-year-old, Leeds-born, 5’ 10” defensive midfielder who this week was voted England player of 20/21 by supporters, ahead of Mason Mount and Raheem Sterling.

He came through the youth ranks at Leeds in 2014 and, refreshingly, is a one-club player, having played 214 games across seven seasons, five in the Championship and now into his second in the top flight.

He has 16 caps for his country and played against Hungary in Budapest on Thursday. Amazingly, it was only on September 8 2020 since Gareth Southgate handed him his England debut against Denmark, a time when he had yet to play a Premier League game, only the third time this century that had happened. That he has so quickly become so firmly entrenched in his position is one of the more remarkable England stories of recent years; that he looks so complete in the role already, equally so.

Often called the Yorkshire Pirlo because he can fire passes left and right with pinpoint accuracy but there is so much more to his game than that. England’s second goal on Thursday was classic Kalvin, snaffling a loose ball, distributing it forward to Mount who put in Sterling, whose cross was converted by Harry Kane. He really is a superb snaffler.

He’s played as a centre-back and a more traditional midfielder but it took Marcelo Bielsa to see how good he was as a deep-lying playmaker. He was named the Yorkshire Evening Post Player of the Year for the 2018/19 season. Like his current England award, it feels like an unusual thing for someone whose role is essentially defensive to pick up such accolades. Centre-halves do – they’re the obvious big loon who throws themselves at the ball like a felled tree. Goalkeepers can be an obvious pick, strikers or wingers, even more so, but defensive midfielders not so much. It is hardly a glamorous position though he may be helping to change that.

Why the love?
What every fan loves to see is a player who will run all day for the cause. And Kalvin is the veritable Energiser bunny regularly running 14K in a game. He just does not seem to get tired at all, as fresh and energetic in the last minute as the first.

This is at least in part down to his club manager Marcelo Bielsa, whose positive influence is so significant in English football right now. To play Leeds’ high pressing system. Bielsa has produced possibly the fittest squad in the league and fittest amongst them must be KP. Those murderball sessions don’t just benefit Leeds; they work well for England too. Against Denmark in the Euro semi-final he ran an impressive 15km. As Hungary ran out of steam, there was no chance the Leeds man would flag.

It’s a dual role he plays, destructive when needed, stealing the ball, he is often at the base of a transition. But he’s not an old school demolition man whose job is to clear out the opposition. He patrols, screens and tries to keep the back four protected, but as soon as he has the ball, he isn’t the sort of player to just give it to someone who can do something, he will likely ping a 30 metre pass himself.

There was a classic moment during the England game, undramatic but illustrative. Hungary passed the ball from their left into midfield trying to progress a move. But before the ball reached the Hungary player, Phillips had read the pass, sped up to nick it off the opposition man’s toe, moved the ball out of his feet and sent Luke Shaw away down the left wing. Blink and you’d have missed it, but it was the perfect expression of his artform.

If you just focus on him, he’s a joy to watch. Never far from the action, he’s a kind of classy guard dog, always waiting to pounce. He is always harrying, blocking, intervening and poking the ball off the opposition, then collecting the ball and always looking to play vertically to set a move going. So often, when a move breaks down, he is involved in breaking it.

Being a one club player means he’s adored by Leeds fans and is the first name on the team sheet. In 2019 they rejected a bid for him of up to £27 million – you’d have to pay a lot more for him now, though there’s no indication that he wants to do anything but play great football for his hometown club. And that is brilliant.

For England he works well with Declan Rice. They are England’s double lock, both capable in the last third, but both work hard to clean up any mess in their own backyard.

Would it be wrong to say his play is just very Yorkshire? He’s a tough little ratter, looks built out of granite and snot, impossible to intimidate and very confident.

From an under-privileged background and with a father who is in chokey, he also seems a very nice lad, etching his tribute to his late Granny Val on his boots, crediting her with keeping his feet on the ground. ‘I wouldn’t be where I am today if it wasn’t for you and the heartbreak, I feel now is incomparable,’ he wrote in tribute to her. ‘I’m just glad the world got to see how much you mean to me, and you got to experience how much of an impact you made on me.’

Her passing due to Covid was just one more statistic on the news, but well shows that each is an individual tragedy which affects many and not to be dismissed lightly.

What the people say
He’s hardly the highest profile player in the Premier League or even for England. Perhaps those who love him most are the students of the game who take pleasure in the quality of the detail of his play. Dispossession is an artform not always most appreciated and yet it is easily one of the most important and hardest skills in the game to get right. Here are some people who agree.

After KP’s first England call up, Bielsa gave him one of his old Newell’s Old Boys shirt & a letter to the family. Phillips reciprocated giving Bielsa his 1st England shirt. Lovely! No Leeds fan would have argued if the club sold KP before MB took over. Such a transformation.

‘I’m fairly sure he has at least three haircuts going, like he’s walked into the barbers, gestured at the photos above the mirror and said “I’ll have all of those, please”’

‘England have still only conceded one goal from open play when he’s on the pitch. Shares a birthday with David Batty. Decided to stay at leeds in 2019 when he could have joined Aston Villa in the Prem because his nan told him to stay local’

He loves his Nan. That is all.

‘Pirlo knows about him. Isn’t that enough?!’

‘He drives past his dad in HMP Wealstun every morning on the way into training. His back story regarding his dad his incredible.’

My (no doubt slightly distorted) memory of the ‘98 UCL final is Hierro not really moving from a 10m2 patch of grass but totally dominating.
Phillips is similar, he appears to let others run around frantically whilst he moves effortlessly. It’s almost like time slows down for him.

‘No insight, no tactical analysis, haven’t seen much of him but when saka missed the penalty and he stood there all alone with Italians celebrating around him he ran from the half way spot to be there for him. What a team mate and nice guy. That’s what’s so good about him’

I am a big fan of Kalvin Phillips, he is intelligent, has great positional sense, and he reads the game well. He has a good range of passing, and a clear technical ability to sit alongside his strength.

A most likeable player, someone that you want to do well when he plays.

Three great moments
You will not see a better weighted ball than this. It really is a Pirlo-like pass.

His ability to – what footballers call ‘ping a diag’ – is exceptional

This reel highlights his fantastic tackling. Note how precise and well-timed he is

Future days
Tt is to be hoped that he continues his career at Leeds United, but there’s no doubt that the richest of clubs will come for him at some point, because they come for everyone in the end. But we should not underestimate any Yorkshireman’s ability to be an ornery sod and tell such suitors to do one. He signed a five-year deal in 2019 so we can expect the usual greedy monsters to be sniffing around next summer. Let’s hope they are unsuccessful.

That it took Marcelo Bielsa to really bring the best out of him, to identify what he was good at and place him in the side where he could excel is testament to the manager’s absolute brilliance. It is hard to imagine the high-pressing, all-energy Leeds United team functioning quite as well without him. Indeed, when they were without him at Old Trafford this season, they shipped five goals.

He seems set to be an England regular for the next three tournaments. So profound has his influence been that it is hard to imagine the team without him now. From surprise pick to England regular in a year, his is one of the most hard-earned and well-deserved promotions of recent years.

Kalvin Phillips what's so good about