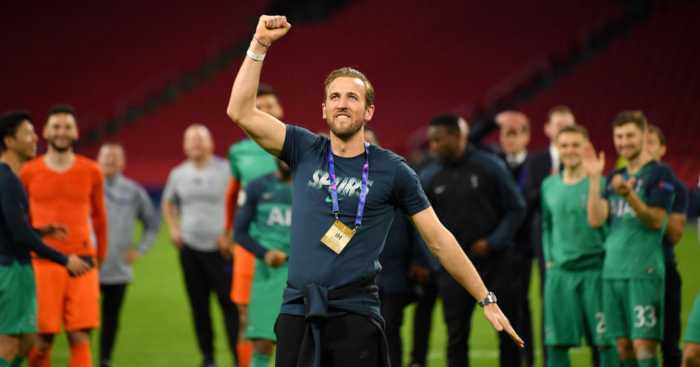 Harry Kane is ‘certain’ he will be fit to make Tottenham’s matchday squad for the Champions League final.

It was feared that Kane’s season was over after he suffered ligament damage in the first leg of Tottenham’s Champions League quarter-final win over Manchester City.

But a combination of both Tottenham somehow reaching the final and Kane making ‘a quicker recovery than was first expected’ could see him feature in Madrid next month.

The London Evening Standard say Kane ‘is very confident’ he will be part of Mauricio Pochettino’s final squad, particularly as up to 12 substitutes can be named.

The 25-year-old has ‘been increasing his rehabilitation in recent weeks,’ emerging unscathed from another session at the weekend.

And provided he suffers no setbacks in the next fortnight, he will be available against Liverpool.