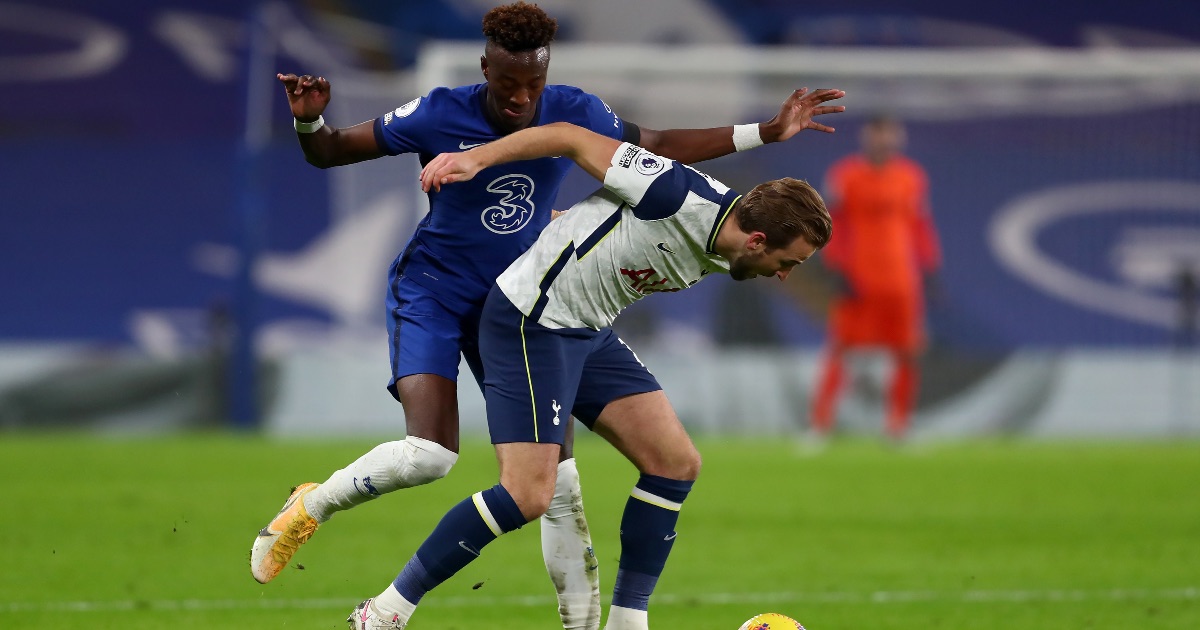 Chelsea will reportedly offer Tammy Abraham and Kepa Arrizabalaga in a player-plus-cash offer for Harry Kane.

Blues director Marina Granovskaia is on the hunt for two strikers this summer, with Olivier Giroud set to leave and Abraham set to be transfer listed.

The England international has barely featured since Thomas Tuchel arrived at the club in January and he could be used as a makeweight in Chelsea’s bid to land Kane from Spurs.

Manchester United and Manchsester City are also said to be keen on Kane, who is set for showdown talks with Daniel Levy over his future in the coming days.

Kane still has three years remaining on his current Spurs deal and Levy is likely to demand a fee in the region of £150million for his services.

Chelsea value Abraham at £40million despite his lack of game-time this season and the Blues hope Spurs could be tempted into parting with Kane were the striker and goalkeeper Kepa Arrizabalaga included in the deal, according to ESPN.

The Spanish keeper is now very much second choice to Edouard Mendy in west London, but did start the FA Cup final defeat to Leicester as well as a couple of Premier League games under Tuchel.

But Chelsea fear Spurs will be reticent to deal with them in any circumstances, with a fractious relationship between the two London clubs both on and off the pitch in recent times.

Chelsea famously beat Spurs to the signing of Willian and Levy refused to sanction a move for Luka Modric to Chelsea in 2011, despite the midfielder’s desire to switch allegiances.

Kepa and Abraham are hardly the most attractive prospects for Spurs, but another source told ESPN that promising young winger Callum Hudson-Odoi could be another alternative used as a deal sweetener.

Chelsea are said to have previously rejected a £50million advance from Bayern Munich for Hudson-Odoi and there is still hope he could yet thrive at Stamford Bridge, but if Spurs were interested he would be allowed to leave to secure Kane’s services.