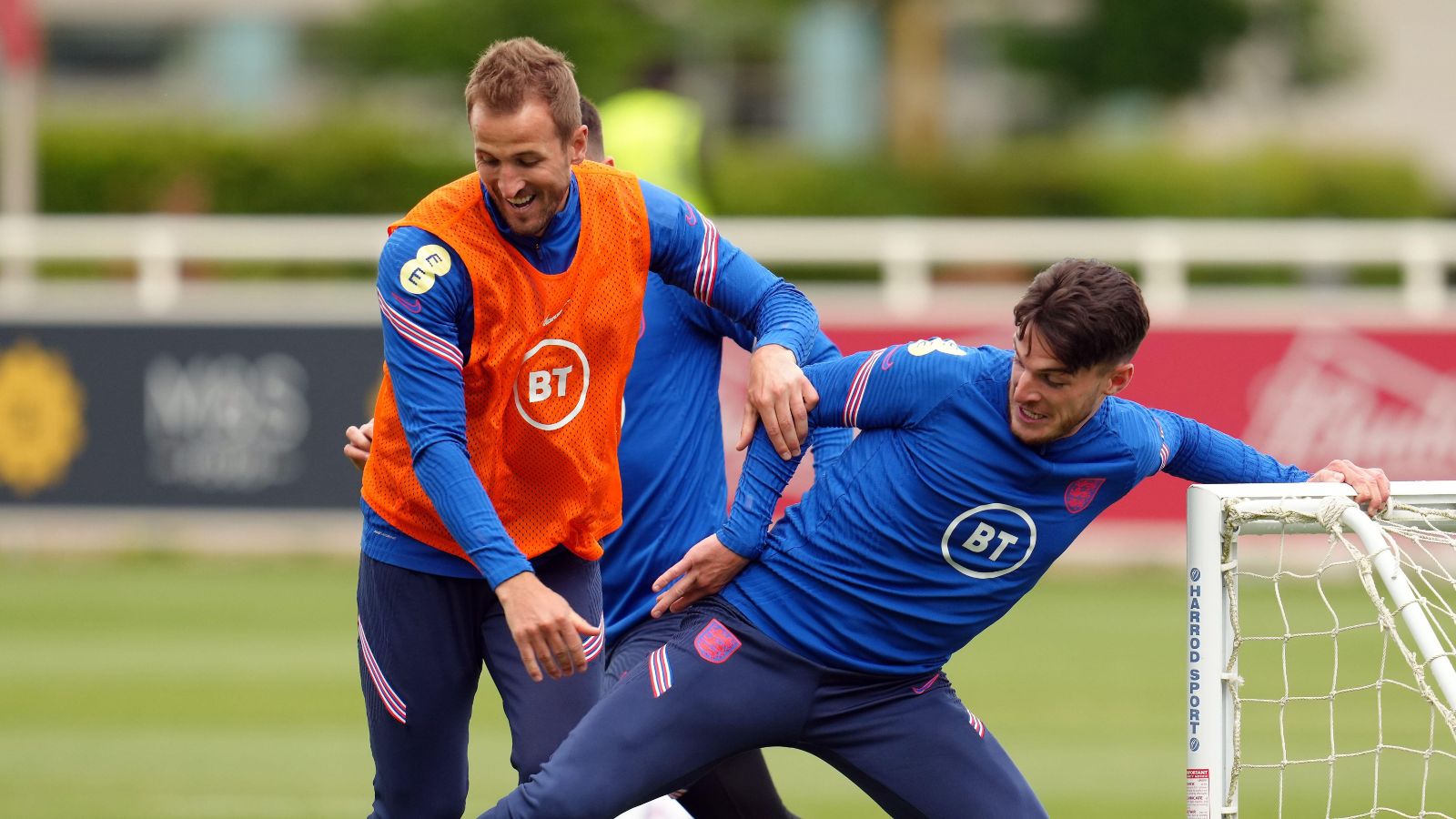 Declan Rice has been compared to Harry Kane as he has a “gentleman’s agreement” with West Ham United that will see him remain at the club for one more season.

The 23-year-old had a spell at Chelsea as an academy player. He was soon snapped up by West Ham after he was let go by the Blues.

Rice has established himself as one of the best players in the Premier League over the past couple of seasons.

The centre-midfielder has been linked with a move back to Chelsea in recent months. Meanwhile, Harry Kane looked to depart Tottenham Hotspur last summer.

The forward believed that he had a gentleman’s agreement with Spurs that would have allowed him to join Man City. The Londoners denied this though.

TalkSPORT reporter Alex Crook has now suggested that Rice is in a similar situation at West Ham:

“It wouldn’t surprise him if he ends up at Chelsea in the long haul,” Crook told talkSPORT.

“People feel that he might have a bit of unfinished business there, possibly similar to Nathan Ake – it looks like he will be on his way back to Stamford Bridge from Man City.

“We know about his friendship with Mason Mount. Simon [Jordan] will probably tell you that that doesn’t really come into play when players pick their new clubs, but they do have a really strong bond.

“I think Declan Rice will give West Ham one more year.

“I think there’s almost a gentleman agreement that he will do that… although we know they don’t mean much in football from the Harry Kane saga last summer.

“I expect him to leave next summer and if Chelsea are a Champions League club, if they finish in the top four as I would expect them to, I think they’ll be right there knocking on West Ham’s door.”

“We brought Jarrod Bowen from a similar situation at Hull, so we’re always trying to find boys from the Championship who we think are going to step up to become Premier League players.

“I’m hoping that Flynn does. I think there’s a good chance as he’s got an awful lot of good attributes.”