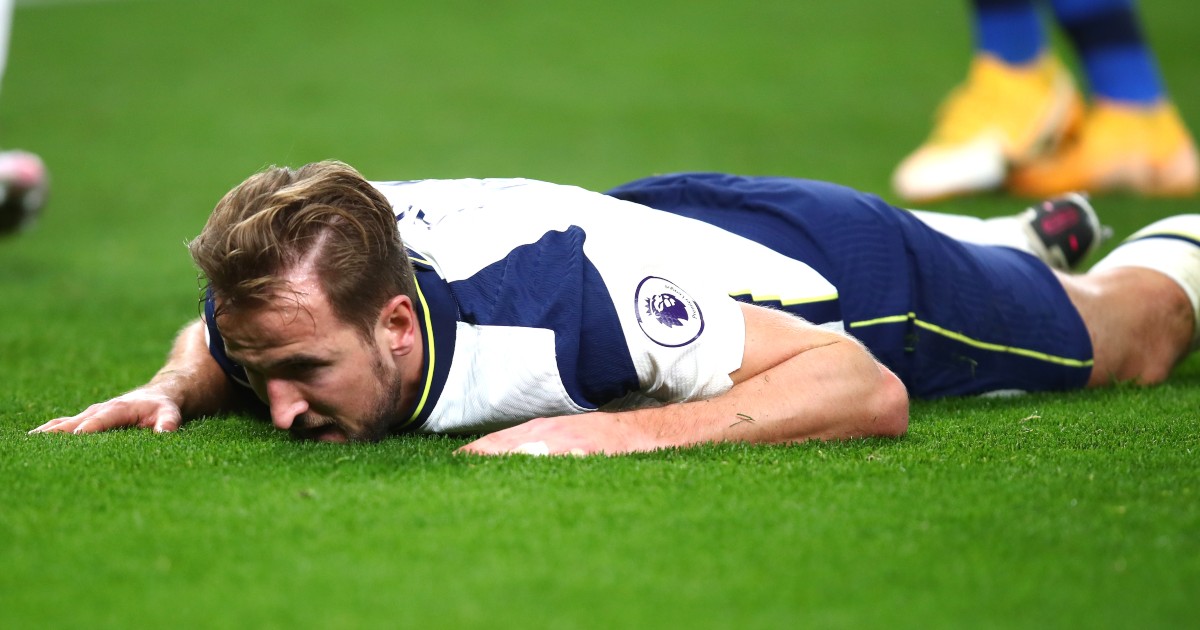 Harry Kane has confirmed he will be “staying at Tottenham this summer” and is “100 per cent focused on helping the team achieve success.”

Kane’s potential move from Spurs to Manchester City has been the transfer story of the summer.

But the England captain has taken to social media to draw a line under the saga, hailing the fans he’s essentially given the finger to for the last three months and outlining his focus for the club he’s thrown under the bus.

It was incredible to see the reception from the Spurs fans on Sunday and to read some of the messages of support I’ve had in the last few weeks. 👏⚽

I will be staying at Tottenham this summer and will be 100% focused on helping the team achieve success. #COYS pic.twitter.com/uTN78tHlk1

It’s quite the statement from Kane, who in tandem with his brother and agent, has done everything possible to force through a move from his boyhood club. But all is forgotten and forgiven, he’s decided to stay…

Spurs chairman Daniel Levy has dug his heels in over the club’s talismanic striker, who has been their top scorer for the last seven seasons, insisting he is not for sale.

City are said to have made an opening offer of around £100million for Kane, which Spurs laughed off, and City’s inability to sell players means they have been unable to increase that bid to an acceptable level.

There were reports that City were readying an improved £125million offer as they hadn’t given up hope, but that hope has now disappeared, with Kane *cough* committed to Spurs.

Pep Guardiola has expressed his desire to sign a striker this summer, and Kane specifically, following the departure of Sergio Aguero to Barcelona.

City have been linked with options besides Kane, including Dusan Vlahovic from Fiorentina, and may now ramp up their interest in other potential suitors.

Because guys, Harry Kane is staying at Tottenham Hotspur and he’s really, really pleased about it.