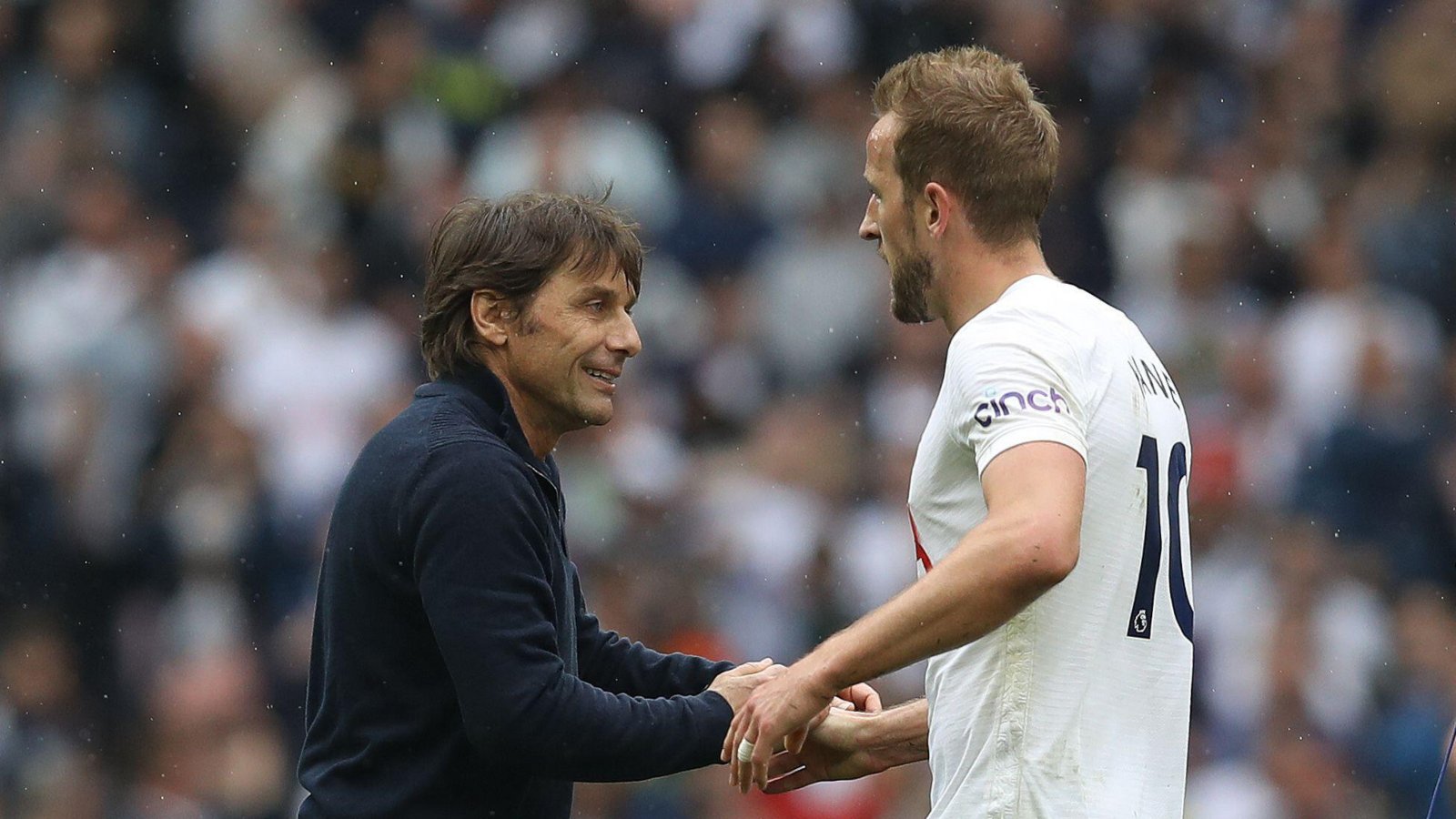 Harry Kane will welcome negotiations over a Tottenham contract extension if they back Antonio Conte in the transfer market.

More than a year has passed since Kane angered Daniel Levy by publicly casting doubt on his Tottenham future during an interview with Gary Neville.

That was the start of a concerted effort over the summer to extract Kane from north London amid interest from Manchester City, but Tottenham held firm over their £150m valuation and the striker had to concede defeat by August.

The saga, in combination with fatigue after Euro 2020, might well have contributed to Kane’s poor form early in the season. He had a single Premier League goal and assist each by mid-December.

But the appointment of Conte as Nuno Espirito Santo’s replacement coaxed an improvement from the 28-year-old, who scored 20 goals and assisted eight in 35 appearances under the Italian.

Conte’s impact since joining Tottenham is thought to be one of the main contributing factors behind Kane’s U-turn on his future. The London Evening Standard claim he is ‘excited’ by the ‘progress’ made with a Premier League-winning coach, while he is ‘increasingly hopeful he can fulfil his ambitions of winning a trophy with his boyhood club next season’.

Kane’s decision could hinge on whether Conte’s demands are met in the summer, however.

‘The striker is also waiting to discover the outcome of Conte’s crunch talks with managing director Fabio Paratici this week,’ Dan Kilpatrick continues, ‘but, provided Spurs back the head coach as planned, Kane is thought to be happy to entertain an approach from the club when he returns for pre-season.’

Tottenham are waiting for important meeting with Antonio Conte to plan for the future – Spurs sources are feeling optimistic about Antonio’s decision, waiting for his ‘green light’. ⚪️🇮🇹 #THFC

Conte is yet to fully commit his future to Tottenham beyond the expiry of his current deal in summer 2023, but the club aim to make six signings to appease him. Spurs have already agreed a capital increase of up to £150m from majority shareholders ENIC, increasing their potenetial budget.