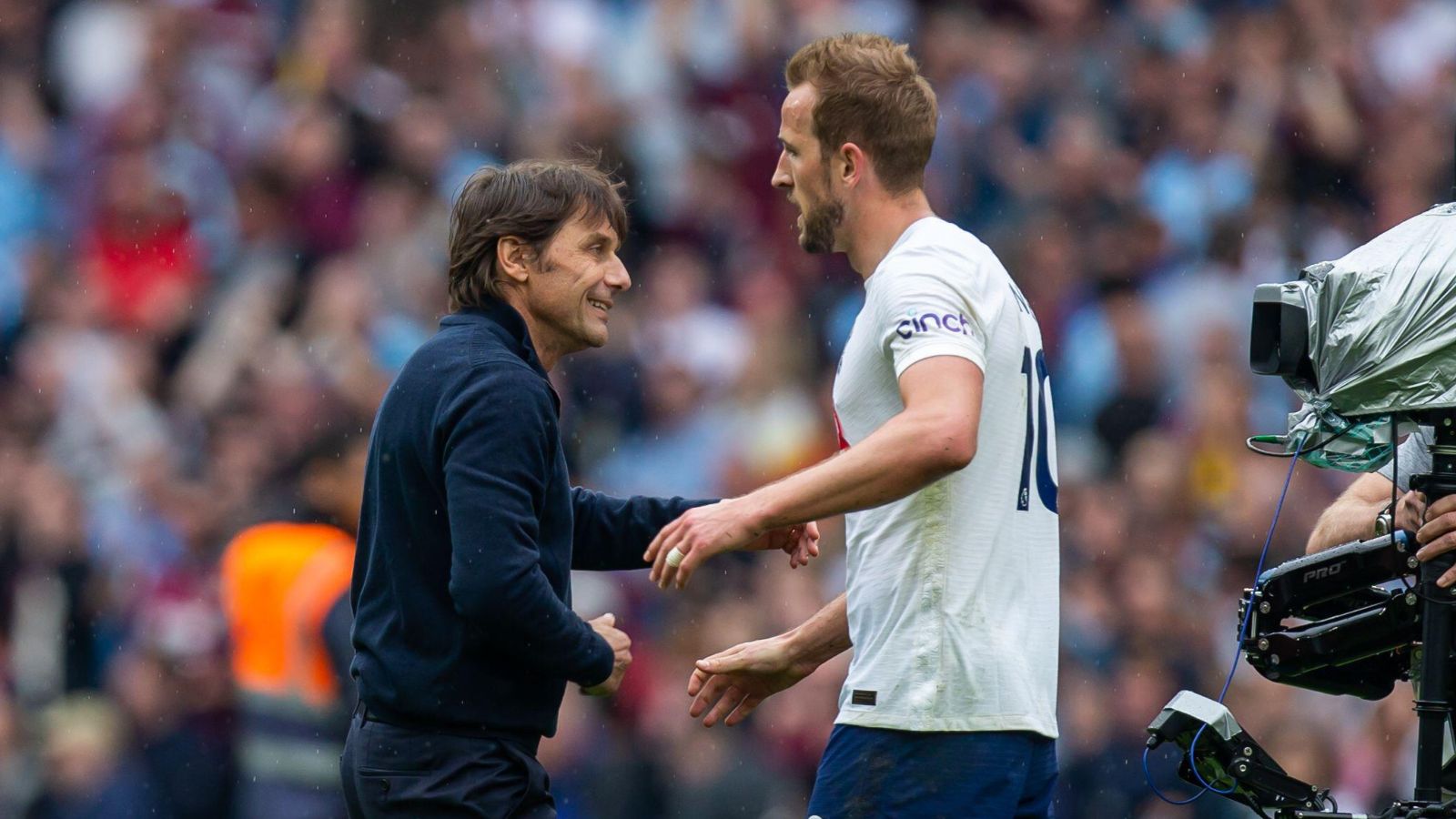 England striker Harry Kane is keen for Antonio Conte to stay at Tottenham Hotspur beyond this summer.

Kane made a slow start to this season under Nuno Espirito Santo. Last summer he made it clear that he wanted to leave Spurs but he ended up committing his future to the club.

Ex-Wolves boss Santo was replaced by Conte back in November. Tottenham have won 20 of their 35 games across all competitions since the Italian took over.

The Londoners currently sit fourth in the Premier League. They are two points clear of Arsenal.

If the Gunners beat Newcastle on Monday night, they will be one point clear of Spurs heading into the final round of fixtures.

Conte’s current contract is due to expire in 2023. He has been PSG in recent months amid speculation that Mauricio Pochettino will be leaving this summer.

Kane is a “big fan” of Tottenham’s manager and he wants him to stay long-term:

“I have no idea, to be honest [if he will stay], that is his decision,” Kane said (quotes via The Mirror).

“But he has worked really hard while he has been here, he’s a great guy, a really passionate man so whatever his decision is you have to respect it but for sure I am enjoying it and I know the boys are enjoying working with him.

“I have said I am a big fan of his and we got on really well so, of course, it would be great for the club if he stays. But like I have said that is his decision, he’s a man I’m sure he will talk to the club and decide on his future. From our point of view, we are all enjoying working with him.”

Kane went onto suggest that better times could be coming for Spurs under Conte:

“There is still a lot of work to do, we are fourth as we stand. I think the improvement has definitely been there since the gaffer came in to where we are now.

“It shows it can be done in a short space of time, but obviously we will see what happens over the summer and look forward to the next season with a great manager and hopefully we’ve learnt a lot since he’s been here.

“We have had spells where we were really good but it is about doing that on a consistent basis over a whole season in all competitions, not just the Premier League as well. That is where we have got to get better and learn from and for sure the last few months have been a big improvement.”