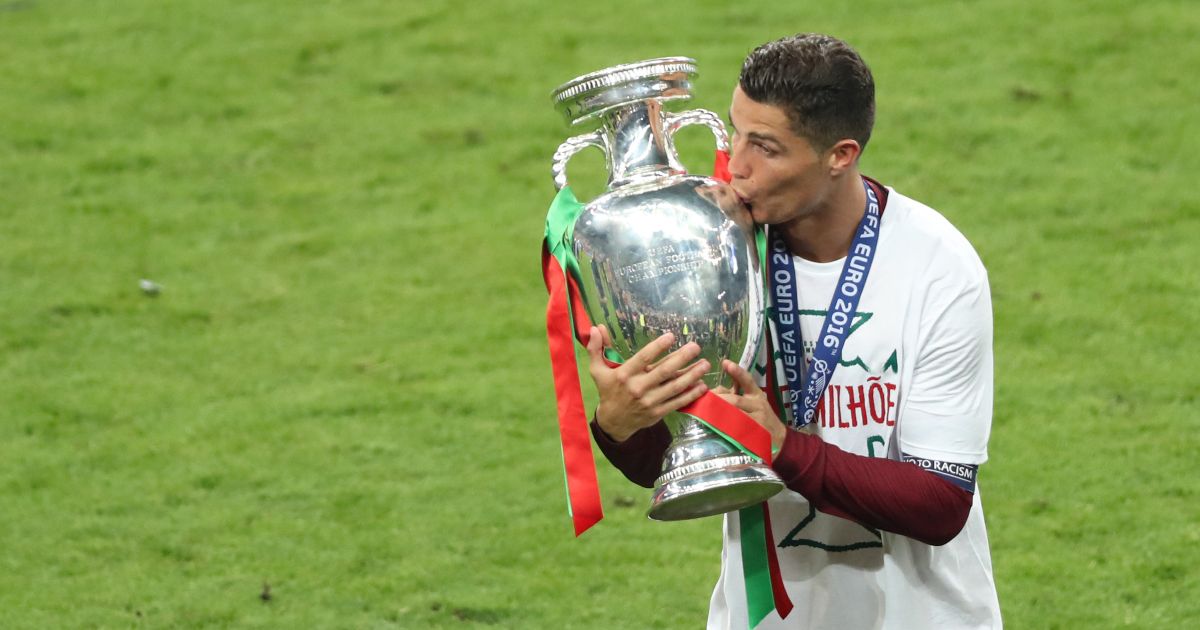 Harry Kane has a shot at immortality this Sunday, with a chance to lead England to a maiden European Championship win. Here’s an XI made up from players who captained their country to glory in the competition.

Goalkeeper: Iker Casillas
Real Madrid hero Iker Casillas was Spain’s skipper at consecutive Euro victories, with a 1-0 triumph over Germany in 2008 followed up by a resounding 4-0 thrashing of Italy four years later. If you fancy a goalkeeper challenge, try naming the Spanish ‘keeper who helped his country to a maiden European Championship win in the 1964 final.

Right-back: Igor Netto
Versatile Russian Igor Netto will have to do a job at right-back for this side, having led his country to success at the inaugural European Championship in 1960. A 2-1 comeback win over Yugoslavia placed the trophy in Netto’s hands, whose team-mates included legendary goalkeeper Lev Yashin and gifted forward Valentin Ivanov.

Centre-back: Lars Olsen
Semi-finalists this year, Denmark went all the way in 1992, famously winning the competition after replacing the disqualified Yugoslavian team. A late Lars Elstrup goal against France in the group stage secured progression and a semi with reigning champions Netherlands. Peter Schmeichel saved a Marco Van Basten penalty in the shoot-out after 2-2 draw to set up a final with Germany in Gothenburg, where Lars Olsen ended up lifting the trophy.

Centre-back: Franz Beckenbauer
Three time winners Germany picked up a first European Championship in 1972, led by iconic skipper Franz Beckenbauer. An impressive 3-0 victory in the final was followed up by a World Cup win two years later, as the Germans became the team to beat in the early seventies.

Centre-back: Anton Ondrus
Beckenbauer’s tournament-winning run was ended in ’76 when Czechoslovakia defeated Germany in the final. Slovakian-born captain Anton Ondrus converted his penalty in the shootout after the Germans had come back from two goals down to equalise a minute from time. Uli Hoeness’ missed spot-kick left Antonin Panenka to win the game with a penalty that would become eponymous.

Central midfield: Michel Platini
Long before Michel Platini was making questionable decisions off the pitch, he was asking plenty of questions on it, giving opposition defenders a torrid time as he bagged an incredible nine goals at Euro 1984. The three-time Ballon d’Or winner captained France to success in the final, scoring the opener in a 2-0 win over Spain.

🤩 Didier Deschamps made his international debut #OTD in 1989. The rest is history…

Central midfield: Ruud Gullit
Three time runners-up in the World Cup, no team has reached the final more times without winning the competition than the Netherlands. However, goals from skipper Ruud Gullit and Marco Van Basten in the final of Euro ’88 did at least give the Dutch a taste of tournament success.

Striker: Cristiano Ronaldo
Cristiano Ronaldo finally achieved some international glory in 2016, however CR7 won’t be the latest Euro winning skipper for much longer. But who would bet against the Portuguese superstar having another crack three years down the line when’s he pushing forty and collecting his 637th cap?

Striker: Jurgen Klinsmann
Victory over the Germans in the Round of 16 went some way to exorcising the demons of Euro ’96 for Gareth Southgate, when former Tottenham striker Jurgen Klinsmann captained Die Mannschaft to success in England. Will we see another Spurs forward leading his country to glory at Wembley on Sunday night?